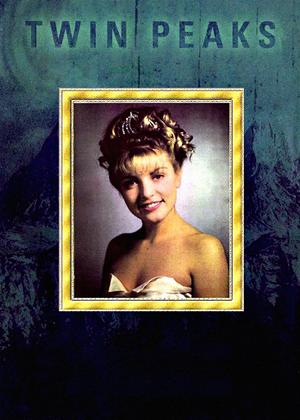 The mind of David Lynch must be a fascinating place to be. I can only fathom it is a place filled with wonders and terrors that are never fully solidified but take on odd, familiar, and weirdly compelling sensations. Much of his filmography lets us into that world but none feel as engrossing or fully realized as that of Twin Peaks.

It’s hard to believe that such a series graced network television in the early 1990s, being so surreal and unlike anything else that had come before it. Sure, the premise starts off familiar enough of any detective drama. The cozy small town of Twin Peaks, located in the state of Washington, has just suffered a great tragedy. The prom queen of Laura Palmer considered one of the most popular and yet aloof girls in school, has turned up dead on the beach, wrapped in plastic. The town’s reaction is a mixture of sadness and fear. Those who slip into tearful pain would never expect her to turn up dead. Those who are more uneasy and anxious are aware there’s more to Laura’s story.

Called in to solve the case is FBI agent Dale Cooper, a chipper and enthusiastic detective played by a young and eccentric Kyle MacLachlan. He works with the local sheriff’s department in trying to uncover just what led to Laura’s death. It won’t be an easy case considering the town is filled with all sorts of suspicious characters. Bobby is the local bad-boy teen who had a close connection to Laura. Benjamin Horne is the shrewd businessman of the Great Northern Hotel who could easily cover up such a kill. Dr. Lawrence Jacoby treated Laura but also doesn’t seem like a very reliable doctor. And the Log Lady? Well, she talks to a log and speaks as though she were a stern oracle.

Cooper’s case takes a strange turn, however, when he starts making contact in his dreams with the surreal figures of The Red Room. Mysterious figures speak in backward tongue and give Cooper a hint about the mystery behind this case. The further Cooper probes in peeling back the town’s hidden darkness, the more strange and supernatural he finds are play, all of them relating back to the death of Laura Palmer.

The biggest draw for Twin Peaks during its initial television run was trying to solve the mystery of who killed Laura Palmer? The mystery wasn’t answered in season one and thus created a cliffhanger element for season two. I won’t spoil the true killer if only to preserve a sense of surprise for those watching the series for the first time but how the killer is revealed is in an unexpected way through an unexpected force. And even when that case is solved, there are still lingering questions to be asked that lead to Cooper going even deeper into the town’s lore while he struggles to interpret his dreams.

Twin Peaks is an ensemble show in that we follow numerous characters about town with different storylines. Some of them relate to the case and some don’t. Some of them are deeply tragic, some are absurdly comical, and others are just bittersweet with sincerity. Easily one of the most emotional moments occurs in season two where the trouble-making Bobby sits down with his father Major Briggs at the diner. While making small talk, Briggs tells Bobby of a dream he had were in another world, where they were different people, he’d still state how much he loves Bobby. It’s such a weirdly roundabout way of sincerity but it’s spoken with such power by both actors giving fantastic performances.

Twin Peaks has a little bit of everything. There’s horror, comedy, romance, surrealness, fantasy, crime, and just a genuine sense of humanity’s warmth and darkness coursing throughout its woodland veins. The dread of Palmer’s death looms over the town as much as Cooper’s bright spirit for all things coffee, pie, and donuts. Even though the show was cancelled, it’s no surprise the series would continue on with the prequel film Fire Walk With Me in 1992 and the long-awaited sequel series in 2017. It is easily some of the best television ever made for it wealth of character, strength in oddly compelling writing, and just damn fine coffee!