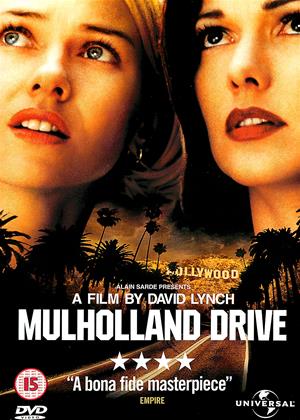 Too much left unresolved, let down by the ending. - Mulholland Drive review by Alain

First of all the talents of David Lynch in this film are undeniable. The whole thing is a great display of originality and art, and beautifully shot. As the plot thickens and the story develops the viewers are left desperate to know what is going on and therein lies the biggest weakness of the film. The last 20 minutes do nothing to resolve anything, quite the opposite actually. Not sure if the whole thing is strung together by a supernatural explanation, or is it a mental disorder? Either way we can't be left speculating that much. An open ending is fine and often thought provoking but in this case it seems the director didn't have an ending or a resolution and couldn't explain it himself.

OR, maybe I'm just too dumb. Either way that left me feeling a bit irritated.

This is very odd and rather unique film. On one level, it feels unfinished and gives you clues but no clear meaning or ending. One could argue the characters are not all developed and meaningful. It is frustrating and confusing. You would want it to be more linear and also there seems to be 2 plots, not one, and the link between the 2 is not clear at all, and the idea that some of it may be a dream only helps up to a point.

On balance, I recommend it, and it will make you wonder for days afterwards what this or that scene meant, and so on: not so many films do. And, after all, real life is a bit like that: we rarely have a linear plot we are able to follow...

This film really was a waste of time watching. it was terrible. At the end of the film we were left wondering what it was about and what had happened - but had gone beyond caring.

I'm pleased to learn that this film is being digitally re-processed, and I look forward to seeing it. Like the other reviewers, I was quite baffled as to what the meaning was or what actually happened, but that doesn't prevent watching it years ago having been a memorable experience.

I can understand people's objection: I much prefer stories which have a cut a dried ending, However, this film was so atmospheric that you had to forgive the open nature of the narrative, and it would still be worth watching again.

I think the only way to make headway on this film is to watch it twice. It's really confusing the first time you watch it, and some of the sections (like the club silencio part) make no sense at all initially. Then I did a bit of reading (this website is useful http://www.mulholland-drive.net/home.htm) and watched it again - and it suddenly made an awful lot more sense. The biggest clue is a very short scene near the beginning of someone falling face down on a bed. Most of what follows is a dream sequence.

Some people seemed to have watched it over and over, and are extracting deeper meanings (or their own interpretations) as they do so, but for me twice was enough, although I may watch it again in a year's time.

What is this film about, dunno. What is the message, dunno. So with the storyline dealt with, my review.

Irrespective of the above, this is one of the best films I have ever seen. It is brilliantly acted, hypnotic, surreal and a work of art. Harring, Watts and Theroux are phenomenal. The scenes are just so good I could watch them as single pieces, like the movie mogul with his coffee, Theroux visiting the mysterious cowboy, the amazing dream like sequence when a teary Harring and Watts watch a singer in a theatre. I can imagine a lot of people hating it and thinking I'm off my trolley, but I know there's others who will get me and love it too. Absolutely fantastic.