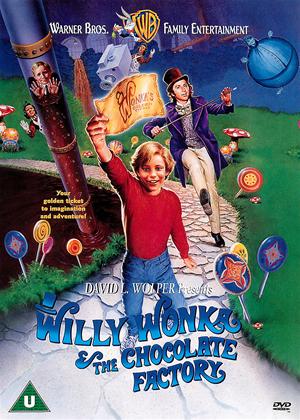 Rent other films like Willy Wonka and the Chocolate Factory

Reviews (1) of Willy Wonka and the Chocolate Factory

I didn't see this movie till my mid-20s. Apparently it was bigger in the USA and they watch it there every Christmas (for us it was The Wizard of Oz).

For me, Charlie and the Chocolate factory will always mean the book, not any film - esp as I met Roald Dahl and he signed my copy back in the mid-70s.

The original book (1964 USA only) makes it clear the Oompaloompas are pygmies from Africa. The 2nd edition toned that down after accusations of racism (Dahl had worked in African for an oil company in the late 1930s so his attitudes were of his time). But the Oompaloompas certainly were never orange. Sadly, the London musical copied from this movie including making Augustus Gloop German which he most certainly is not in the book!

Tellingly the best song in that musical was the 'Imagination' song from here, which is a good song.

Gene Wilder doesn't really convince as Willy Wonka for me. He's too fey and wide-eyed innocent.

I find it hilarious how David Walliams basically rips off Roald Dahl at every turn, including the obsession with cabbage and cabbage smells. he lacks the darkness under the comedy to come anywhere near to matching Roald Dahl and is a pale imitation (ie rip off) of his books. Charlie and the Chocolate Factory is a work of genius and Dahl's best book by a mile. read it if you haven't already. Then reread it. Then read it again. SO much better than this movie.

And of course this movie is too American. There were no Americans in Roald Dahl's book even though he lived in the US at the time of writing it (and originally there were 10 kids but Dahl cut that to 5).

This is watchable, yes. But not that great, to be honest. I'd make any child read the book FIRST before this pollutes their wonderful imagination!