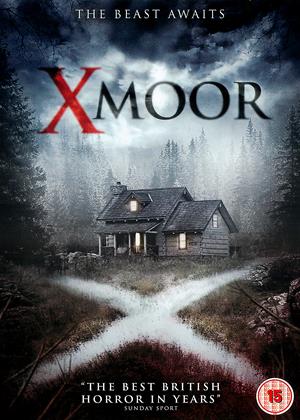 Synopsis:
Determined to make history, American students Georgia and Matt travel to the remote Exmoor in North Devon to capture footage of legendary panthers that are said to roam the moor. The couple are joined by an animal tracker, Fox, who's been tipped off on the whereabouts of the creature thanks to a witness who narrowly managed to escape its clutches. The trio's quest leads them to an unforgiving terrain where they uncover a series of dead bodies that have been methodically dumped in the forest and bear no signs of an 'animal attack'. When they realise they are not the only people in the woods, the students soon begin to question Fox and his motives for guiding them there.
Fox finally confesses that the true nature of their search is to capture a murderer who has been killing young prostitutes and dumping their bodies in the moors. With surveillance covering the woods they wait, eagerly anticipating the arrival of the serial killer. Little do they know that they are about to become the hunted...
Actors:
Mark Bonnar, Melia Kreiling, Nick Blood, Olivia Popica, Simone Kirby, Fergal McElherron, Jemma O'Brien, Sophie Harkness, James Lecky, Naseen Morgan, Bert O'Brien, Chloe Baker, Victor O'Brien
Directors:
Luke Hyams
Producers:
David Gilbery, Wayne Marc Godfrey, Robert Jones
Writers:
Luke Hyams
Aka:
The Beast of Xmoor
Studio:
Precision Pictures
Genres:
British Films, Horror
Countries:
UK

We’ve hardly got to know American documentary makers Matt (Nick Blood) and Georgia (Melia Kreiling) before they are set upon by two shady looking characters late one night, as they are driving down a rainy road in North Devon. They are responding to an award of 25k to capture proof of wild big cats that have been roaming the area, and a petrol bombed car is presumably some local deterrent.

As is often the case in Irish films like this, the location is wonderful. Bleak and rainy farmhouses filmed in gritty imagery, and endless roiling, grassy landscapes never fail to impress, and events become very interesting when tracker Fox (played by the excellent Mark Bonnar) is introduced and acts as a guide for the two across the moorland, immediately dismissing the ‘big cats’ theory. As Fox’s impetuous nature increases along with the rising body count, the reactions from Matt and Georgia are hilariously real – although this is far from a comedy. The bodies have had their hands tied, and they realise that the true serial killer is human. Could it actually be Fox?

The negatives of Xmoor: Firstly, some of the night-time scenes are simply too dark. Rather than conveying a feeling of panic and disorientation, it is just annoying that we cannot always make out what is going on. Secondly, why do the two leads have to be American? I ask this purely because the actors are not and, whilst both do a fairly good job, it is still noticeably feigned.

Sadly, despite a promising start, things deteriorate as the finale draws closer. The second half of the film attempts to pile twist upon twist in a bid to constantly pull the carpet from under the audience’s expectations. A couple of these are fine, but it becomes too much, a muddy series of shrieking and mild gore (getting rid of Fox, the most interesting character, so early on, is questionable).