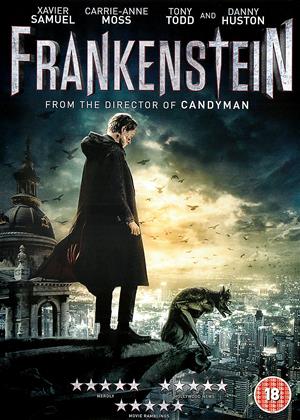 Watching a clean shaven, unblemished young man behaving like a new-born baby can be a disconcerting thing; watching the early scenes of this, I was very much put in mind of Nicholas Roeg’s ‘The Man Who Fell to Earth (1973)’. Whereas David Bowie’s John Newton was an alien, Xavier Samuel’s ‘Adam’ is very much a construct from Earth technology, namely that of Viktor Frankenstein. ‘This is not what I intended,’ he admits when his attractive creation quickly begins to sprout lesions and decomposing skin, and is driven to end his progeny’s short life.

Adam’s strength, however, prevents him from an early death and soon he is roaming the outside world, uncertain and physically powerful, meeting resentment and misunderstandings along the way. The police officer who interrogates him speaks as ignorant people speak to foreigners; the thought being ‘if I shout loud enough he will understand’.

The problem with adaptions of Mary Shelly’s story is that it has been done so many times, it must be a huge challenge to still make the tale relevant and involving without criticisms of re-treading the same ground’. The other option is to add new layers and tweak the narrative so that it is laid open to criticisms that it strays so far from the original and that it is ‘Frankenstein’ in name only. By moving events into the present, and creating a version of the monster so entrenched in modern times, this version manages to be both faithful to the original, as well as adding a new dimension to it.

A tremendous central performance from Samuel ensures the audience is on ‘Monster’s side at all times, even when he kills his only true friend, blind Eddie (Tony Todd), with whom there are scenes that even inject an affectionate humour into the proceedings.

Directed by Bernard Rose, who, amongst other things is responsible for 1988’s dream/horror ‘Paperhouse’, this is a thoroughly enjoyable, intelligent and refreshing adaptation of the well-known story, its release coinciding with that of ‘Victor Frankenstein’, starring bankable names Daniel Radcliffe and McAvoy.