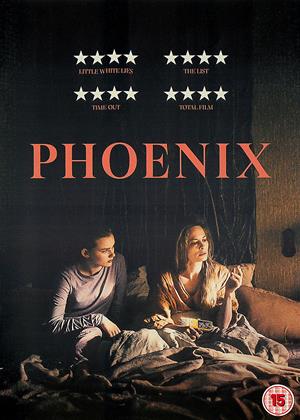 The first half of this debut film by Norwegian writer-director Camilla Strøm Henriksen is a really gripping social drama-meets-southern gothic horror. It centres on the travails of a teenage girl, Jill (a really good debut performance by Ylva Bjørkaas Thedin), who has been forced into early adulthood by the collapse of her parents’ marriage and the subsequent depression that has sent her mother Astrid (Maria Bonnevie) into a drunken torpor. Much of the early action is really effective since it takes place solely inside the dark family apartment, where Jill looks after and protects her (amazingly stoical given what he has to put up with) younger brother Bo from her mother’s destructive urges. The sheer suffocating claustrophobia of the family 'space' is very well done, with some psychological depth to some scenes, whilst the impending visit of their dad, Nils (Sverrir Gudnason), who is due to play a gig on Jill’s birthday, offers Jill hope of relief and release.

Unfortunately in the second half, when we move outside the home, the tension of the first half is dissipated somewhat, and the surreal horror elements don't work nearly as well in the bright and superficially beautiful flats and 'posh' restaurants, with the result that the suggestion that the emotional wall that Jill has had to build up to handle the whims of her mother may also be stamping on her own mental development doesn't hit home nearly as much as it should. Meanwhile, the film is left with nowhere to go somewhat with the consequence that the ending is convenient rather than satisfactory. Nevertheless, it's a strong debut from Henriksen in which the understated performances are very well-handled.