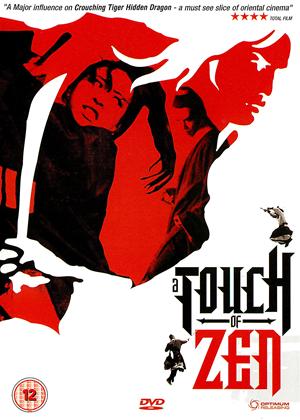 This is an untutored opinion as I haven't seen many wuxia ("martial hero") films and cannot claim to have a rounded view on the genre.

I felt that for much of the running time the pace was crashingly slow, but at the same time I have to admire its cleverness in the way it only gradually reveals who the main protagonists are and who is allied to whom. It is well-directed, even though at times the locations are so dark you have to concentrate to tell what's going on. The fight scenes, although probably advanced for the late 60's, sometimes lack finesse by modern standards.

But it is definitely worth it for the majestic final and penultimate scenes. There's the terrific multi-participant fight in the eerily-lit forest involving warrior monks, a military commander, a renegade general and the fugitive heroine, followed by the surreal desert endgame which calls to mind a spaghetti Western.

In conclusion, feels slow for a 3-hour movie, but worth persevering with.