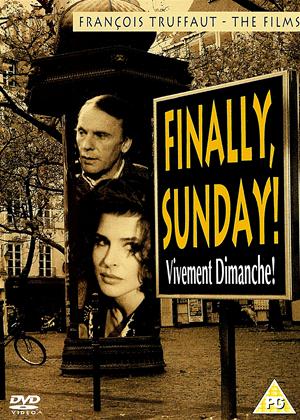 Truffaut's last film is in that difficult genre, the comedy crime thriller. The film is interesting in that Fanny Ardant is the key protagonist, trying to solve the mystery, rather than the male suspect, and she's very watchable. However, the beginning of the film, when the first murder happens, is meant to mislead us, but does so in a way which, in retrospect, is rather unfair.

The tone doesn't quite work; the black and white filming evokes film noir and metaphorical darkness, but the occasional attempts at humour jar rather than amuse. In addition, the relationship between Fanny Ardant and the chief suspect, Jean-Louis Trintignant, never quite convinces.

Nonetheless, it's worth watching if you're a Truffaut devotee, or an admirer of the strong presence of Fanny Ardant.