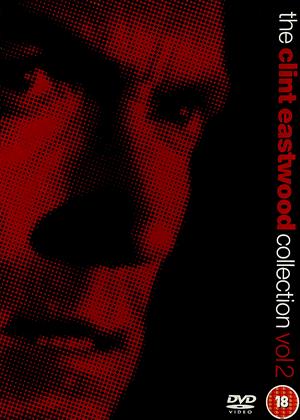 Clint Eastwood is one of my favourite actors and directors and I thought it was about time I caught up on the one or two of his films that I hadn't seen.

'Honkytonk Man' is one of his lesser known films and was apparently not well received by the critics and it was a box office flop - I certainly can't remember it passing through my local cinema, so here I am watching it at home. And I think it's pretty good.

It's a little bit of a mixed bag, with Clint both acting and directing, and also starring his son Kyle Eastwood in a 'coming of age' role. The storyline is somewhat contrived: it's the time of the Depression and hell-raising, hard drinking, heavy smoking, womanising country singer Red Stovall is on his way to Nashville for an audition for the 'Grand Ole Opry' show, his big chance for fame and stardom at last. He collects his 16 year old nephew Whit (nicknamed 'Hoss') and takes him along as his driver and introduces him to the pleasures of life along the way. But Red is dying of TB and doesn't live long enough to hear his record on the radio...

A slight story, somewhat trite and predictable, but it has a certain charm about it and I enjoyed it. Clint does play the piano and I assume that it's him both playing guitar and singing on the soundtrack, although country singer Tim Robbins gets to join in in a cameo role at the end. Tim Robbins later recorded and had a hit with the song 'Honkytonk Man'...

[Aside 1: Kyle Eastwood is now a respected jazz musician. He also wrote the music for Clint's film 'Gran Torino']

[Aside 2: In addition to Tim Robbins, a number of well known country singers have cameo roles]

Perhaps part of the reason for the film's lack of success is that Clint's role is well out of line with the more usual 'hard man' leading roles he was known for playing - here, Red Stovall is a loser. Now that Mr Eastwood has matured out of those 'hard man' roles, it should be looked on more favourably. I'll give 4/5 stars.