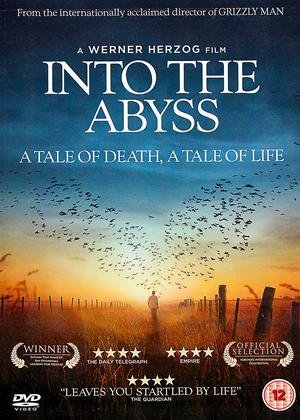 Synopsis:
In his fascinating exploration of a triple homicide case in Conroe, Texas, master filmmaker Werner Herzog, probes the human psyche to explore why people kill - and why a state kills. In intimate conversations with those involved, including 28-year-old death row inmate Michael Perry (scheduled to die within eight days of appearing on-screen), Herzog achieves what he describes as "a gaze into the abyss of the human soul" Herzog's inquiries also extend to the families of the victims and perpetrators as well as a state executioner arid pastor who have been with death row prisoners as they've taken their final breaths.
As he has so often done before, Herzog's investigation unveils layers of humanity, making an enlightening trip out of ominous territory.
Actors:
Richard Lopez, Michael Perry, Damon Hall, Lisa Stolter-Balloun, Charles Richardson, Jason Burkett, Jared Talbert, Amanda West, Delbert Burkett, Melyssa Thompson-Burkett, Fred Allen
Directors:
Werner Herzog
Producers:
Werner Herzog
Voiced By:
Werner Herzog
Writers:
Werner Herzog
Studio:
Revolver Entertainment
Genres:
Documentary

Reviews (2) of Into the Abyss

Justice for No One - Into the Abyss review by AW

Werner Herzog provides us with a slow, meandering look at a crime and the result of a crime; a death by lethal injection. I wouldn't say it's the most compelling documentary I've ever seen. There are huge gaps and missing pieces information that would have helped us at least feel attuned to the speakers on the screen. What were we supposed to take away from viewing this? That the death penalty is wrong? That the state these hard time criminals come from is poor and depressed? That the family cycle of violence repeats itself? That victims and their families never win in the end unless a life is taken? The most disturbing thing about the whole film was listening to the unrepentant but 'born-again' murderer say that he forgave everyone for 'murdering' him. Never once does he say he's sorry for murdering three people. Death just makes him a martyr in his own mind. It would better serve the community to make him sit in jail and think about what he's done for years on end until he dies a natural death in jail.

Texan Gated Community - Into the Abyss review by joannajuki

Werner Herzog is a bit like a cruel psychiatrist, refusing to offer his viewers any emotional support as he leads them down into the darker labyrinth of the human personality. Thankfully, he never spells out that "It could be you". He remains objective, probing, seeming to almost empathize, to almost offer forgiveness for the perpetrators' bloody murders, but then, almost ruefully stating with abstemiousness to one of the murderers, "I don't have to like you". The boy - he seemed no more than a boy - looked slightly crestfallen for a moment. Perhaps he thought Herzog was more than just a skillful anatomist.

There was quite a lot of footage of the murder scene, the victims and the results of death by violence. But the more disturbing inclusion, and the more shocking, was the wider scope of social landscape.

Here is a woman baking cookies in her big kitchen, in her big house, in her gated community. Here is her blood dragged across the garage floor. Here are the gates banged shut, too late to prevent the crime.

But then the wider pictured- one of the young men victims, who was killed simply for entering the gated community and letting the thieves and murderers through, was also en mired in death and crime. His father had done time for murder, his brother was arrested at his funeral for breaking parole, his grandfather wouldn't accept the $2.00 collect call from the brother to let him know there had been a victim among their own family.

The other young man's sister spoke at length to camera. Virtually every member of her family had died prematurely, from ill health or violence.

It was apparent that both killers (or were there three? It wasn't clear) were guilty. One got death. The other got time, a girlfriend who looked and sounded like a famous French actress, and a baby through artificial insemination and sperm taken out through the prison gates.

The first was goofy-looking and, (since he had found God), lacked any fear of his future. He had a irrepressible smile.

The second, firm, stern and handsome, was where still waters ran deep. His father, also in prison for life for murder, spoke in tears to the jury about the disadvantages and neglect abundant in his childhood, and his own guilt and sorrow for not providing a good family home.

The film was too distant to be moving and made no commentary about the wider social scene. It left me feeling nauseous at the shallowness and brutality of humanity. Its redeeming feature, to dissuade us from capital punishment, was handled lightly. It was most eloquently voiced by an executioner with over a hundred deaths under his belt. Executing his first woman death row prisoner, a prisoner who thanked and forgave him in advance, had given him his first taste of horror.

There was possibility that this man was condemned to die for a crime he hadn't committed, and yet the film succeeded in its aim of convincing the viewer that death row is not a civilized solution to other violent crimes.

Into the Abyss review by Melissa Orcine - Cinema Paradiso

‘Into The Abyss’ is director Werner Herzog’s documentary on a gruesome crime that happened in the small town of Conroe, Texas – a triple homicide that has now sentenced two of its main suspects with lifetime imprisonment and death. It’s an unflinching testament to the brutality of murder and death, premeditated or not, and Herzog’s documentary is rife with both pragmatism and sentimentality.

Ten years ago, Michael Perry and his friend Jason Burkett, wanted to rob a red Camaro parked within a gated community. They killed the owner, a 50-year-old nurse, and then called her son and his best friend to help them with a code to open the gate. Upon arriving, Perry and Burkett gave chase as the victims ran into the woods, and ultimately, they too get murdered. After a shootout with the police, Perry and Burkett are arrested and convicted for the murders.

‘Into The Abyss’ features everyone directly and indirectly involved in the triple homicide, from relatives, neighbors, police, to even the man responsible for the last moments of those on death row. Standard true crime fare, sure, but with director Herzog, it’s not about eliciting shock as more of just presenting the facts and even commenting on the issue of death penalty. The German film maker strongly opposes death penalty and with his outsider’s point of view, he puts the American system of crime and punishment into focus.

Watching ‘Into The Abyss’ you are to have ponderous moments if the convicted felons, especially Michael Perry, who was interviewed 10 days prior to his execution, deserved his sentence. He smiles, recounts details of the murders, and pleads innocence, but he’s not fooling anybody. We learn that he grew up with a father as criminal as he is. The entire Conroe community is dirt poor and everyone either gets stabbed or shot at a regular basis. Tragedy bemoans this slice of Americana and director Herzog is well aware that death row’s Perry is a product of it. But then does that excuse his actions?

Compelling doesn’t even begin to describe ‘Into The Abyss’. Be ready to get schooled.