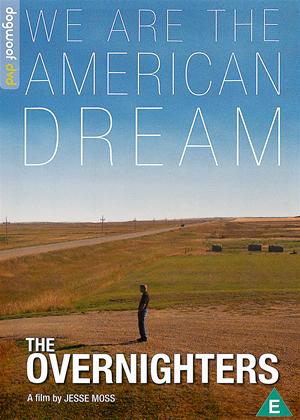 Synopsis:
A modern-day Grapes of Wrath, Jesse Moss's award-winning documentary "The Overnighters" engages and dramatises a set of universal societal themes: the promise and limits of re-invention, redemption and compassion, as well as the tension between the moral imperative to "love thy neighbour" and the resistance that one small community feels when confronted by a surge of desperate, job-seeking strangers. In the tiny town of Williston, North Dakota, tens of thousands of unemployed hopefuls show up with dreams of honest work and a big paycheck under the lure of the oil boom.
However, busloads of newcomers chasing a broken American Dream step into the stark reality of slim work prospects and nowhere to sleep. The town lacks the infrastructure to house the overflow of migrants, even for those who do find gainful employment. Pastor Jay Reinke of the Concordia Lutheran Church, is driven to deliver the migrants some dignity. Night after night, he converts his church into a makeshift dorm and counselling centre, opening the church s doors to allow the "Overnighters" (as he calls them) to stay for a night, a week or longer. Many who take shelter with Reinke are living on society s fringes and with chequered pasts, and their presence starts affecting the dynamics of the small community. When the City Council threatens to shut the controversial Overnighters program down, Reinke must make a decision which leads to profound consequences that he never imagined.
Actors:
Jay Reinke, Keegan Edwards
Directors:
Jesse Moss
Producers:
Jesse Moss, Amanda McBaine
Writers:
Jesse Moss
Others:
Jesse Moss
Studio:
Dogwoof
Genres:
Documentary
Awards:

Reviews (1) of The Overnighters

A suitable sub-title would be "Charity begins at home". - The Overnighters review by DW

This fine documentary does not answer a question I have about the motives of people who give priority to complete strangers over & above their commitment to own family members.

The articulate, persuasive & occasionally bombastic Pastor in a town in North Dakota provides shelter & help to many destitute in-comers who are looking for non-existent jobs. They, of course, mostly adored him for his charity but his long-standing parishioners soon got hacked off. Amazingly, his overlooked family were fully supportive.

If this doesn't sound like the sort of thing you could sit through enjoyably then please stick with it because the ending is truly shocking.

The Overnighters is as emotional and eye-opening as a documentary can be. Writer and director Jesse Moss begins with a tale about the American dream and the issue of homelessness, which then ends in a place no one would have expected. If you think the first ninety minutes of this film are impacting, just wait until you see the last ten minutes.

The film focuses around a town in North Dakota, where the local Pastor - Reinke - has created a program called ‘The Overnighters’. With the large influx of unemployed people struggling to find work, he has allowed them to stay in the church, and even at his and other parish member’s houses. He believes greatly in the ‘love thy neighbour’ commandment, and is risking his job, family, and relationship with his congregation and the town, all to give these strangers the chance to find work and provide for themselves.

The interviews and actions didn’t feel rehearsed or ‘posed’, making you feel like you got a real look into these people’s lives.

As a Christian, Pastor Reinke’s imploring for people to ‘love thy neighbour’ is inspirational. We hurt when his plans fail, and we are filled with sympathy for those that are doing everything they can to make their - and their family’s - lives better, but can’t find their feet.

True, it is not the most original idea for a film. We have all seen things like this before, but there is something about this one that really has an impact. Perhaps it’s the religious inclusion, or maybe it’s the directing and editing work done by Moss. Whatever it is, you are sure to have an opinion on the matter, and can’t help but feel for these people. This is not a fabricated issue. These are the real lives of real people who are struggling. We are shown only a few of them, hearing only a few of their stories. But this issue of homelessness is not just happening there and now. It has been happening for decades and all over the world. No matter what country you live in, you can find people doing it this tough, and you should do everything you can to bless them like you have been blessed.

The cinematography was also notable. No more are the days when documentary films were shakily captured on hand-held camera. The Overnighters can hold its own against almost every other film at the cinema. We are shown artistic angles, wide shots of the empty fields, and every other filmmaking trick.

Without going into too much detail and spoiling the ending, the film takes a very unexpected turn. We need to re-evaluate everything we have just seen. We need to reconsider our opinions, thoughts, and feelings. This film is truly thought-provoking, and not always in a way that makes you feel good.

Reviews have been overwhelmingly positive, with it picking up multiple wins at film festivals.

Overall, a good documentary that takes a surprising turn.