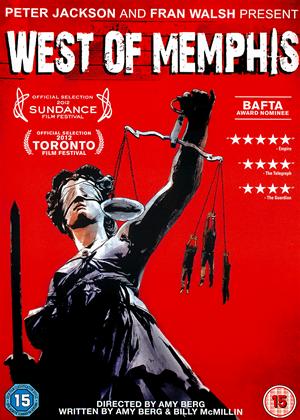 Reviews of West of Memphis

Produced by Lord of the Rings Peter Jackson and directed by Amy J. Berg West of Memphis is an in-depth documentary that looks into the infamous case of the Memphis Three, where three teenage boys were convicted in 1994 of the murder of three eight year old boys in West Memphis, Arkansas.

For those unfamiliar with the crime the gist is as follows: less than 24 hours after they were reported missing the bodies of Stevie Branch, Christopher Byers and Michael Moore were discovered in a creek in the Robin Hood Hills in West Memphis, three boys, Jessie Misskelley, 17, Jason Baldwin, 16 and Damien Echols, 18 were arrested for murdering the boys as part of a Satanic ritual. They were imprisoned for 18 years and finally released following various appeals, submission of new evidence and accusations of police misconduct, witness coercion and intimidation.

The candid documentary, which included a significant behind the scenes contribution from the now released Echols, looks at the history of the trial and debates the guilt and sentencing of the West Memphis Three.

Though very long, standing at almost 150 minutes, the documentary highlights several rather horrifying aspects of judicial injustice, including actual courtroom footage and such revealing telephone conversations that they almost seem scripted. Yet there is nothing about this documentary that has been faked or even reconstructed; and it is the reality of the situation and the details presented to the audience that give the film its weight.

Prepare to have your faith in the justice system shaken, trust of the police utterly trampled and general levels of indignation rise significantly. All in all, well made, eye opening and memorable documentary.