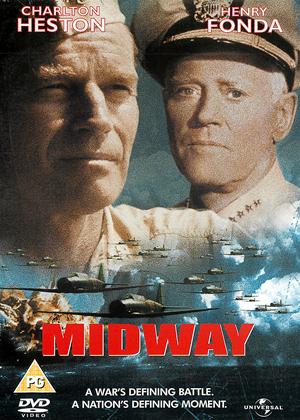 The film (1976) describes what happened at the Battle of Midway, during World War II, in the Pacific Ocean. The Imperial Japanese Navy had been undefeated until that point and out-numbered the American naval units by 4 to 1, but the US carrier force prevailed over the Japanese. Midway came to be seen as a revenge strike by America after Pearl Harbour and a turning point in the war. The film stars Charlton Heston and Henry Fonda.

The film has been criticised for being overlong, predictable and not that memorable. I tend to disagree. It is not a masterpiece, but it is a good war film. It gives a good idea of how the battle was fought and will interest you, more particularly, if you are interested in WWII, war films and military strategy. It gives an interesting insight into the way decisions are made at crucial moments, up and down the chain of command, depending on the information available, and to what extent luck and timing can be decisive in naval warfare -- and in war in general.

Overall, I would certainly recommend this movie.