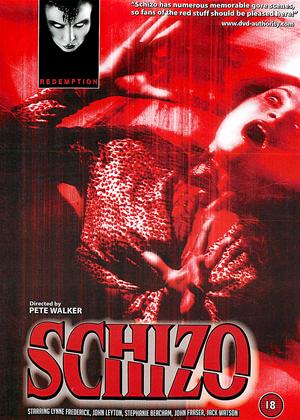 It is hard to believe this was made the year before Star Wars. A low-budget British picture, with grizzled, familiar British actors from the time stomping around in freezing locations and cramped interiors, in film so gritty it’s like looking through a cigarette fog.

Lynne Frederick, who had been so pure faced and natural in Hammer’s Vampire Circus five years before, is fully a product of 1970’s fashion here. An underrated actress, she puts in a fine leading performance as Samantha Gray, who appears to be losing her mind. Pursued by William Haskin (Jack Watson), she never appears pathetic or hopeless, just vulnerable and attempting to make the best of her spiralling situation.

The film, shot very much in the style of television psychological drama (with added gore), becomes a sluggish affair after it becomes obvious that nothing is really going to deviate from the familiar ‘woman in peril’ storyline. Having said that, there are some grisly low-key moments (the brief possession in the village hall is memorable). Also, there is a grimness on display here that doesn’t let up – the world in which Samantha spears to be trapped is relentless.

Director Pete Walker was prolific in the 1970’s, producing a number of similarly low-budget horrors. Whilst many derided his work at the time, others have named him as a UK Jess Franco or Jean Rollin. The similarities are there. Exploitative, under-funded, commercially compromised – and suitably modest in interviews, saying of his films, ‘All I wanted to do is create a bit of mischief.’ His last horror film was 1983’s House of Long Shadows, which prided itself on uniting stars Peter Cushing, Christopher Lee, John Carradine and Vincent Price for what turned out to be last time.

Ultimately, ‘Schizo’ goes on too long with too little incident to prevent the interest waning from time to time, although the performances are suitably solemn, and draw the viewer back in again. The twist at the end is very much like something of the TV series ‘Tales of the Unexpected’ (ie: stretching credulity) but brings events to a satisfying conclusion.