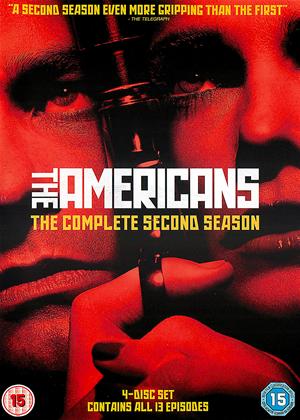 Reviews (1) of The Americans: Series 2

I am hooked by this series as I was with Breaking Bad - it shares the same multi-layered complex plots and violence with that show, and for that reason keeps up momentum with random new events and characters appearing regularly.

Both shows rely on someone with a secret life they want to hide. The 'will they or won't they get caught' issues and the near-misses make some scenes nail-biting. This is dramatic irony, much used by Shakespeare and theatre for centuries - we, the audience, know things about the main character/s that most other characters do not know, Watch Richard III.

Great stuff, with Matthew Rhys a Welsh actor really excelling in the main role - a new Alec Guiness who really inhabits the various characters and identities he plays. The girlier emotive parts play less well and I hope they do not come to dominate things, as happened in later series of Breaking Bad. I hope too there is now token metoo and ethnic quote box ticking.

For me, from the UK who was at school in the 1980s they don't get the British experience of that time right exactly but I assume this is the more paranoid anti-USSR USA, with a real fear of commies from the 1950s McCarthyism still lingering in the air.

For now, 4.5 stars rounded up. Highly enjoyable hokum - though based on some true stories of spies, but all condensed into these two. But hey, it's a story not a documentary, so I willingly suspend my disbelief.