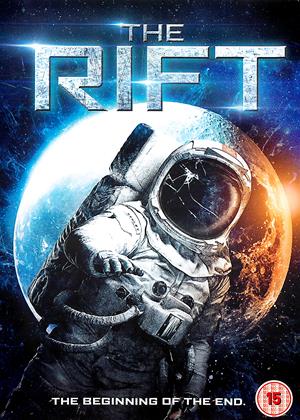 Synopsis:
On a mission to secure the remains of a downed military satellite, an unlikely team of agents are thrust into a terrifying and mysterious situation deep in the mountains of Eastern Serbia. When the GPS signal leads to the body of a long-dead astronaut, enshrined in the basement of a secluded woodland property, it becomes quickly apparent that things aren't all as they seem. Faced with resistance from the local villagers, the group struggle to unlock the truth behind the confusing scenario unfolding around them.
And as they start to question the real reason for their assignment to the case, it becomes clear that, for some, the discovery of the astronaut is a threat far more personal than they could ever have expected.
Actors:
Ken Foree, Katarina Cas, Monte Markham, Dragan Micanovic, Denis Muric, Miroljub Leso, Sonja Vukicevic, Mick Garris, Ratko Turcinovic, Olivier Beguin, Marija Dakic, Greg De Cuir, Jonathan English, Stanislava Jeftic, Maya Lavelle, Adán Martín, Milan Todorovic, Ivana Vasic
Directors:
Dejan Zecevic
Producers:
Marko Jocic, Milan Todorovic
Writers:
Barry Keating, Milan Konjevic
Studio:
Kaleidoscope Home Ent.
Genres:
Horror, Sci-Fi & Fantasy

Not the movie I was expecting, I had looked up on Youtube what I had thought was the movie i was getting and it wasn't this strange film...also called 'The Rift' apparently .

This one was a bit of everything and as such a bit confused but not,in all ,a Bad movie ,With Zombies, Time travel, Astronauts,Spies,Moon landings and possibly Aliens? ...none the wiser.

Interesting . but would have rather seen the Film i thought it was going to be .

Okay, so: The Rift is one of the first Serbian attempts (directed by Dejan Zecevic and written by Barry Keating and Milan Konjevic) of making a cosmic horror flick. So a genre flick. So far so good. And while the idea seems good enough and somewhat creative, the execution is a far cry from (I’m going with a guess here) what both the director and the two writers had in mind. And so, The Rift is a beyond comprehensible mess of several genres (including the previously mentioned cosmic horror) with some random gore injunctions and a pseudo-intellectualism that makes ‘The Hottie and the Nottie’… wait, scratch that – nothing can be worse than ‘The Hottie and the Nottie’, so at least The Rift has that going for it, which is tremendously nice.

First off, let’s address the good. The Rift plays with some interesting horror conventions, whilst trying to twist them at its own volition. So we cannot deny that the film is somewhat creative in the least. Then, the special effects were actually pretty nicely done for a film with space scenes without the budget to film said space scenes (nowadays, you can probably do decent CGI in your basement with some Final Cut Pro and basic talent, so take this positive cheer with a grain of cayenne pepper). And that’s pretty much it. Now onto the bad.

The film’s acting is, let’s just say uninspired and leave it at that. To say more would just be overkill. The music is very bad, whilst the audio is clipping everywhere and the overblown screeching sounds don’t help either. And not only that, but for some reason the score and the film just don’t match. Whoever had the idea to take the kind of overblown, electronic music and paste it into the film like it’s no one’s business, has really to re-consider his profession – at least thrice. It just doesn’t work.

Next, we have the writing, and let me say this: the overall story is good, but the dialog could’ve been better. See, when you have a line in your film that goes something like “Death is dead”, then you’re either very, very lazy, or don’t know anything about writing compelling dialogue. This is unacceptable and it shouldn’t be in a motion picture – especially now at the beginning of the 21-st century when there are hundreds of thousands of dialogue writing advice in both print and online. Just, no.

Now, is this film worth it for at least a consideration in your movie library? Let me be blunt: perhaps. Maybe you’re into those campy horrors so who knows; I know that I won’t judge you, so maybe you should give The Rift a chance. You’ve been warned.