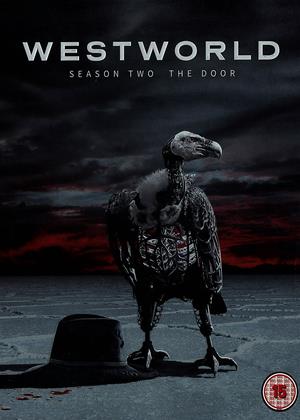 Much pose and little substance in the second series. Can't help feeling Westworld is a one trick pony, there is a sound central idea, but most of the episodes are padding. Tawdry and very dull.

What a mess - Westworld: Series 2 review by MF

With characters constantly being killed and resurrected, I defy anyone to explain what the hell is going on with this series. Are they making a third one? Surely not, although the amount of money that seems to have been spend on the sets means they may have to. Jonathan Nolan isn't very good, is he?

The problem with this is the same as affected the dire LOST TV series - it eventually got so philosophical and ponderous, it slithered up its own fundament and disappeared in a puff of indifference. There's no getting away from it - these 10 episodes can be excruciatingly padded and stretched out and, frankly, boring. Clock-watching stuff, esp as some parts are 50 minutes and some up to and hour and 15 minutes!

I was also getting increasingly annoyed at the 'woke' diversity casting - same with all movies these days, the heroes just have to be women or 'people of colour'. And yet there is NO colourblind approach when casting red indians or Japanses samurai - I didn't notice a single white ginger bloke amongst the monocultural one-skin-toneness idealised ethnic communities. Such hypocrisy. AND a real issue when there are 3 young photofit-attractive women 'of colour' who look almost identical! The same used to happen in Hollywood movies when they cast 3 white blonde actresses who looked alike. ANY producer should know that characters must LOOK different in a visual medium and sound different too. Far too much ONE NOTE stuff going on here, with 2D 'representative' characters.

Anyone who's read Jospeh Campbell's Hero with 1000 Faces know a hero much be male or act in a male way. These women heroines are basically men, they act as men (and there are NO female snipers at all in the British army of M15/6. Not one. 97% soldiers male too).

The plot is nonsense of course - reminds me of a Quatermass movie that ended at Stone Henge (maybe early 70s). All very postmodern and silly, like an expensive Dr Who (though nowhere near as awful and pc too).

Watchable though, for the wonderful scenery (Ohio and California) which reminds me of the truly great old Western movies.

But watch the original movie: WESTWORLD (1973) to see how you do not need CGI or constant extreme and gruesome violence to make a truly great film. You need 1) a great script, which tells a simple story well (not with multiple confusing flashbacks and tricksy plots as here); 2) a great script; 3) a great script. The rest is detail.

I could easily rewrite this as a 4 part series, but it pads out to 10 parts - the most interesting are with the red indians and the samurai in Japan (absurdly led by a woman - more woke #metoo nonsense). The costumes and sets are wonderful, I have to say, and the Ghost Nation's facepaint!

Anthony Hopkins is always worth watching - but he must have done this for the big fat cheque, I think - he'd know the script had 'jumped the shark'. Time to put this series out of its misery.