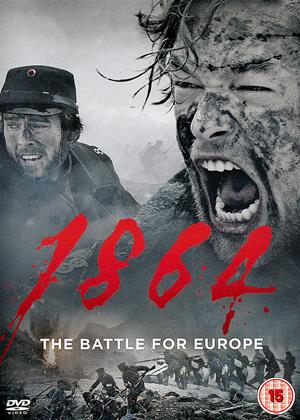 Gory Story about Denmark's Annus Horribilis - 1864: The Battle for Europe review by PV

OK, so I admit I knew nothing about 1864 and the disaster it was for Denmark (as its massive defeat by Prussia led to Denmark to abandon any ambition of empire and to turn inwards) until I recently watched a series on Scandinavian art. That made me rent this DVD out and I am glad I did.

Far better than most Hollywood war films, but gory and gruesome in a way even Sam Peckinpah would have loved on occasion, this film grips from the start.

Reminiscent of 1970s sages such as Italian film 1900, this drama tracks the course of the life of two brothers, from childhood to youth and then leaving as soldiers to go to war (it is indeed also reminiscent of GENERATION WAR, a classic German mini-series of recent years).

The class system in Denmark (yep, every country has one) is also shown and even Hans Christian Anderson (son of a washerwoman who played with the children of royalty when a boy) has a cameo!

I got a bit tired of the love triangle backdrop, to be honest. However, the way women respond to events is well done, and not the stereotypical 'all women are angels' shtick you get from British or American films. Got tired of the 'seer' subplot too, and the lark symbolism.

Some of the deaths were a little obvious - and I find myself shouting 'HE'S GONNA GET IT' at the screen more than once, but I think most audiences like a bit of drama in death!

In general, then, an original film about a little known catastrophe (it may be worth researching this a bit before watching - via Wiki or anything). There's gory blood-splatter aplenty for those who like that sort of thing, huge battle scenes, some love and sex, some sadness, some happiness etc. A veritable smorgasbord of human emotion and history then.