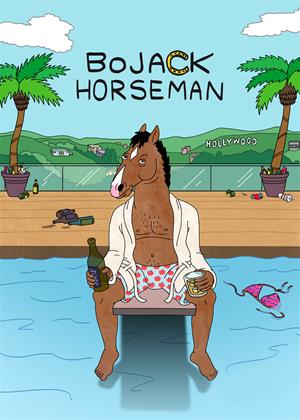 Sign up
The People vs. O.J. Simpson: American Crime Story

When I started watching the first season of Bojack Horseman, I found myself somewhat weary of the template. I’d seen plenty of animated adult comedies with absurd characters that Bojack quickly gave me vibes of a lesser Ugly Americans, a format I felt was doomed to fail. But then, around the middle of the first season, something profound happened. There’s a moment where the central character of Bojack comes to the house of a former friend dying of cancer. He asks for forgiveness but his friend, a betrayed producer, refuses. He says it outright, “I don’t forgive you.” He wants Bojack to live with the horrible decision he made for the rest of his life. And throughout the rest of the show, he wrestles with his very problematic self.

This may make the show sound more like a serious drama, which it does become at times. But this is part of the show’s charm; it blindsides the audience with a somberness that smacks so hard when juxtaposed against the goofier elements. As I said, the show starts off simple enough for comedy. Bojack is an anthropomorphic horse actor who previously portrayed a TV dad in a 1990s sitcom. Now he’s washed up, alcoholic, and overweight. He can’t stand being around people and is constantly annoyed by all. The most central figure in his life is Todd, a layabout 20-something who resides on his couch. Todd always looks on the bright side of life, even when his own life takes tragic turns. He’s the perfect foil for Bojack, constantly trying to make his horse pal feel better when these are issues too big for him to handle.

Bojack also surrounds himself with those who have their own problems. Mr. Peanutbutter would seem like a peer, as the anthropomorphic dog actor that was also a 1990s TV dad. He’s far too peppy and almost aloof from his deeper character flaws that it hinders all his relationships that when breaks up come his way he’s confused about how things ever got so bad for someone so happy. Bojack’s agent is the busy Princess Caroline, an anthropomorphic cat can feel her maternal clock depressingly ticking and tocking faster as her job keeps her constantly moving. Bojack’s publicist, Diana, a human for a change, is a struggling writer who is grappling with both relationships and her career, still struggling to define herself as any twentysomething would.

The show fluctuates between Hollywood hilarity and darker topics, pretty much taking the Sports Night route of finding the drama naturally and with hard realization. Todd takes on most of the comedic supply by cooking up constant bad ideas of Halloween stores in January and clown dentist practices. Bojack, however, endures the worst of the troubles of trying to redefine himself. There’s a lot of baggage to unpack from his past about his abusive mother and cheating father; a story so traumatic we only see it in bits and pieces. His relationship with his aged mother is extremely bitter and further contributes to a mounting depression. One episode completely blindsides the audience by showcasing the entire and tragic story of how Bojack’s mother became pregnant and why parts of it are blocked from her crumbling memory. If this episode doesn’t absolutely shatter you to pieces about how the depressing nature of victimhood is generational, I don’t know what to tell you.

Watching Bojack Horseman is like taking the most bitter drink you’ve ever had with a cozy chaser. There are plenty of genuinely funny plotlines present, from the stealing of the D from the Hollywood sign to how agents seem to turn literally everything into either a movie or TV series. There’s a lot of in-jokes about the industry but those not in the know don’t have to keep up with the latest entertainment rag to grasp the grander appeal of such a show. This is an animated program that deals with depression, alcoholism, grief, sexism, and so much more than even the most hard-hitting of live-action pictures can’t touch as well. This is some of the best television of the 2010s.