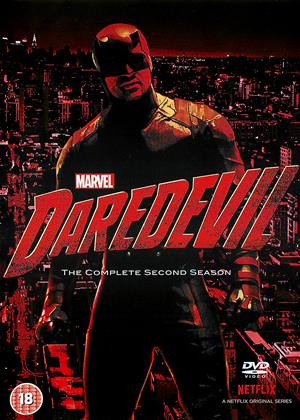 Daredevil: Series 2 is a promising start to what could’ve been a great continuation of the averagely mediocre first season of the show. Instead, what we got is an average second season that slightly grazes the surface of the first and then some, but fails on so many other levels that it’s actually mentally hurtful to even think about it without straining an eyebrow. All sarcasm aside, let’s disregard the “could’ve” and see Daredevil: Series 2 for what it actually is.

The second installment of the overly-hyped Netflix show Daredevil brings a sour taste to the mouth, and not in a good way I might add (if there was any to begin with). In it, there’s a plethora of actors with proven acting talents, including Charlie Cox as the titular Daredevil/Matt Murdock, Vincent D'Onofrio playing Wilson Fisk, Geoffrey Cantor as Mitchell Ellison, and Jon Bernthal as the quintessential justice-giver Frank Castle/The Punisher, among others. Yet for some reason, they all demonstrate an innate ability to convey real (and raw) emotion, spurting lines that sound even cheesier than (I imagine) were first latched on paper. And therein lies the problem with this series: it’s as if the human element is totally missing, or wasn’t there in the first place to begin with. Truth be told however, this may well not be the actors’ fault, since the majority of them are proven to wield their crafts and talents when necessary. Here, the acting just falls flat.

Then, we can safely assert that the show lacks any real depth or substance, since the majority of it comprises of cheesy lines that no sane comic book character would even dare to think about; nonetheless, these lines pass the draft stage as it’s not that big a deal, and so we’re left with "You know you're one bad day away from being me", "I killed a man by setting him on fire, but you Frank, you shot criminals, and that’s going too far", and other nonsensical verbal communication of similar caliber. What’s more, these lines aren’t even delivered in a sane, brazen manner, but are thrown all throughout the narrative frame like a drunken hobo doing his thing in a public toilet on New Year’s Eve. That is to say, disjointed isn’t even a word to describe how awfully misplaced the dialog feels (although to be honest, it gets somewhat better as the season comes to a foreclosure near the end).

Alas, here are some positives: the fighting choreography is ok, the try at crafting a political drama is decent, and the set pieces look like the set people have done their job. The effort that went into these segments is solid and overshadows the less-quality segments by a large stretch of a margin. In light of whether you should watch Daredevil: Series 2 – proceed at your own peril (and don’t say later I didn’t warn you beforehand).