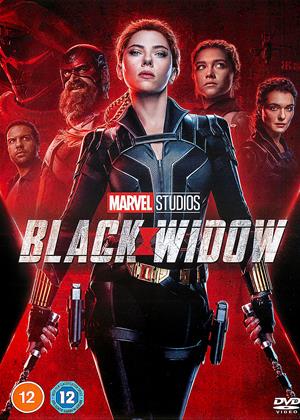 You don't need me to tell you the plot. Black Widow is MOR MCU - and it comes too late to be of serious interest. I do enjoy these smaller MCU films, the scaling back of scope is important to focus on the characters, however this one doesn't feel different enough and ultimately it has the same ending with the main characters flying around trying to take down a (delete where applicable) a giant world eating/destroying machine/HQ/monster - it's a game of spin rinse repeat and I'm getting so bored of it all now. I think MCU should have finished at Phase 3, also Black Widow should have been made and released during Phase 3 for maximum effect. Black Widow feels like a thin footnote.

The acting was great and the pace was electric. PS: Ray Winstone shouldn't do accents - he sucks at ihem.

Of all the Marvel Cinematic Universe entries, Black Widow may rely on the most lore. It takes place between Captain America: Civil War and Avengers: Infinity War, highlights the titular hero’s history with Hawkeye, references her current situation of being on the lam, and links together so many bits and pieces of Black Widow’s past that have been strewn throughout her many appearances. Thankfully, these connecting components don’t really hinder this standalone, prequel-of-sorts story about family and patriarchy.

Natasha Romanoff (Scarlett Johansson), aka Black Widow, finds herself on the run and alone for the first time in quite a while. With the Avengers split, she tries to lay low and form a plan to get the band back together. Those plans are sidetracked, however, when a chance encounter leads to her discovering the location of the mysterious Red Room. The Red Room was the shadowy organization that trained Natasha to become the perfect assassin. They also removed her reproductive organs and tortured her with mind-controlling techniques.

More familiar with the Red Room’s recent activities is Natasha’s estranged sister Yelena (Florence Pugh). She has recently broken free of her mind-control and finds herself just as much on the lam as Natasha. They meet up and, after an intense chase away from Red Room agents, reconnect well. Despite having been split apart for so long, it turns out they have a lot in common. Deciding they’re tired of their pasts haunting them, they mutually agree the Red Room needs to be taken down.

Getting to the Red Room, however, is more of a challenge considering they don’t know where the headquarters is stationed. Those who do have information on getting there are their parents, the washed-up supersoldier Alexei (David Harbour) and the scientist Melina (Rachel Weisz). The reunion is not a pleasant one and not just because the parents abandoned their children at a young age, forcing them into the hands of the Red Room. Both of their parents are cowards, arguing that their work for the Russian shadow organizations was not only essential but actually benefited their girls. After all, Natasha is now an Avenger, argues Alexei.

Black Widow is at its best in its less action-intensive moments where Natasha and Yelena find themselves feuding with an oppressive power structure and their accept-the-system parents who need to be given a stern conversation. This thematic element, coupled with Black Widow’s desire for redemption, brings a better personal resonance to this Marvel movie that works surprisingly well as a drama, even more than an action movie.

It’s not that Black Widow doesn’t have any stellar action sequences. It’s a spy adventure after all and you’ve got to have some brisk car chases and palpable fight scenes. The film features all of this, including a daring rescue from a crumbling sky fortress. I particularly dug how Black Widow is able to take on more brutal fights where she ends pummeled and beaten as a bruised-arm action hero you don’t see as often in superhero movies.

Where the film falters is in its villain department and this should come as little surprise to MCU viewers who have become accustomed to weak antagonists. While the Red Room’s leader has a sinister plan, he’s more interesting as a stand-in for power structures than he is as a person, especially when he’s played up with a typical villain saunter by Ray Winstone. The more costumed villain of the picture is Taskmaster, a fighter able to duplicate fighting styles (but only of human Avengers). The fighter is decked out in an unimpressive hoodie, padded armor, and a skull mask that could honestly make him swapped with any number of villains. You could tell me this character is Crossbones and I’d believe you because of the generic look. The character is almost entirely silent and the grand reveal of who is Taskmaster is not at all the engaging twist the movie thinks it is.

Despite feeling off at times in tone and its management of poignant spy drama and breakneck action picture, Black Widow sticks its landing surprisingly well. Posed as a political picture of sorts, I had concerns that it would falter in trying to say something the way The Falcon and The Winter Soldier wrapped things up too neatly. The good news is that Black Widow finds better stand-ins and tackles its broad targets well while still being an entertaining entry in the MCU, especially for being a prequel side story.