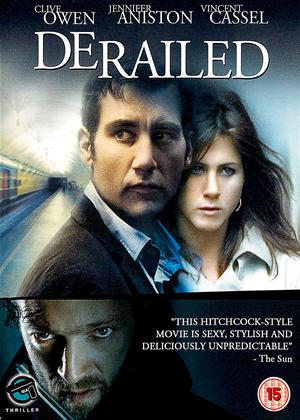 Unfortunately this film was spoiled for us by the unecessary violence used in a rape scene occuring quite early on in the film. Maybe if you're a fan of "Straw Dogs" (and I appreciate lots of people are) you might like this but neither I, my wife nor another couple we watched this with did. Rape scene aside a very average thriller, but with rape scene included one to avoid. Goodness knows how this came to get a four star rating.

A Great film from start to finnish. Lots of twists and turns, and for once, you dont see them coming.

Not a fan of the lovely Jennifer Aniston I wasnt expecting to like this film, however I was pleasantly suprised. Its plot lines are cleverer and deeper than expected. Aniston provides a good performance and is convincing in her character which is not her usual predictable self. The write up to the film is misleading as to its content and im pleased to say its a lot more interesting than i was expecting - in keeping with many of Clive Owens other films, if you like him you will like this.

This was a watchable film but certainly not an "edge of your seat" thriller. The plot was quite good although predictable from an early stage. Clive Owen wasnt very plausible. I certainly didnt find this film particularly violent or disturbing in any part.

this film was average. althought it was better than i was expecting after the bad reveiws it recieved.

A predictable film that was disappointing. Good performance by Jennifer Anniston, but the rest was average, at best. A moral tale of what might happen if you 'go off the rails', but it was hard to believe that Owen's character would make the decisions he did. As for "unpredictable and edge-of-your-seat", whoever wrote that can't have seen many good films!

Good intense story with great twist. Acting was great by all. Not too long or drawn out like some films can be

I've watched a few Clive Owen films lately, wondering if he was always such a wooden actor, and came across this one. Well, I can confirm it – he is indeed made of wood :)

If you like films where you don't have to think very hard and prefer to just sit and let it wash over you, then this just might be for you. The plot line is simple if not silly. Clive Owen meets woman on train, almost has an affair, but is assaulted then blackmailed for every penny he has, then seeks revenge. There are a couple of fairly obvious twists, but I won't spell them out here.

Jennifer Aniston, Clive Owen, Tom Conti – some well known actors here, but you'll have to suspend your disbelief at the implausible plot. Also, be warned that there is plenty of f-ing and blinding. And did I mention the wooden acting? I really can't recommend it, but I guess it's worth 2 stars – I have seen worse...