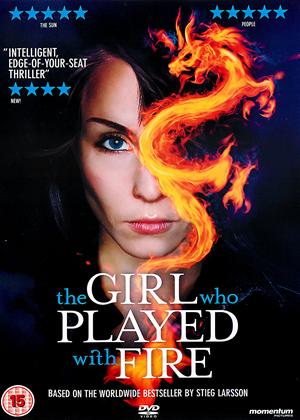 Rent other films like The Girl Who Played with Fire

Reviews (3) of The Girl Who Played with Fire

Having seen all three of the original 'Swedish' version films, and remember that this is a Swedish Language film, all three are, this is in my opinion the worst of all three. "The Girl with the Dragon Tattoo' was an interesting opening to the trilogy, featuring three main characters, in a very 'Hannibal Lector' style plot. This second film however drags a bit and is more of the same, it seems as though the First and Third instalments are the main films, with this second film being more of a filler to create a tie between the first and third. I found it a bit of a drag to be honest, however watching it does help to create a unity between all three films. The third really ties it all together and brings a much more heightened sense of purpose to both the acting, direction and plot. As this is a Swedish Language film, it will be interesting to see how the new Americanised versions starring Daniel Craig, the first of which is due out shortly, will handle this very european style thriller.

After seeing – and enjoying - the first of the films in this trilogy ('The Girl With The Dragon Tattoo') I've now seen this film, the second, and also the final film ('The Girl Who Kicked The Hornets' Nest'). My first comment is that they really must be seen in order or else you won't be able to follow the story – essentially, they are one very long single film. My second comment is that I enjoyed them so much that I have ordered the books on which they are based.

In the first film the story of the disturbing events which shaped the main character ('The Girl', Lisbeth Salander, played by Noomi Rapace) was in the background. In this second film, set perhaps a year later, there are again two intertwined stories but now the events in Lisbeth's life are very much the central story.

Journalist Mikael Blomkvist (played by Michael Nyqvist) works for an investigative magazine, Millennium. The magazine hires two new young staff to work on an expose of sex trafficking and under-age prostitution. Their investigation uncovers the involvement of a Soviet defector and threatens to expose the activities of some powerful men. The two staff and Lisbeth's rapist 'guardian' are killed, her fingerprints are found on the murder weapon and she is sought by the police.

A complex interwoven story now unfolds slowly (perhaps too slowly if you're looking for an action film...) and is wordy and requires concentration to follow. There is an (unnecessary?) lesbian sex scene, but less sexual violence than the first film. Persevere, and you will be rewarded by a fascinating and complex tale with a surprising – and bloody – ending. Highly recommended.

Stick to the original Swedish please! - The Girl Who Played with Fire review by CP Customer

Whilst fiddling with settings I noticed there was an option to watch this in English. . .please don't. . .the nasty American accents are so grating I had to stop the movie and start it again in the original language.

This is the middle film in the trilogy and some people feel it's filler but compared to the book they've had to condense it a lot so perhaps some of the good points were lost. I didn't really find that however.

I'm more worried about the final chapter. the book is mainly court room back & forth which doesn't really translate well to screen but the trailer looks good. . .

This Swedish language film is based on a novel of the same name. This movie is a continuation from the movie “The Girl with the Dragon Tattoo”. All major characters continue their role of exposing the dark side of the society. The main protagonist, Lisbeth Salander (Noomi Repace), becomes suspected of a triple murder involving a journalist, his girlfriend and Salander’s guardian Bjurman. Now, journalist Mikael Blomkvist (Michael Nyqvist) has to investigate the situation in order to save Salander.

People who see this film without reading the novel will have the satisfaction of watching a good crime thriller movie. For action movie lovers, the film has plenty of notable actions sequences that are well taken. Moreover, the past of Lisbeth Salander is rightly revealed allowing the audience to know her sensitive side.The movie follows a sex trafficking crime, which Blomkvist is investigating. However, this is only depicted marginally as the movie mainly revolves around Salander and evidences linking her to the murder.

Most of the major characters reprise their roles from the original movie and the acting is in par with that of the original one. However, other characters that appear in this film for the first time don’t have a major role to play.

It is obvious that people expect something more than the original when they come to watch a sequel. The enthralling nature of a crime thriller is clearly maintained in the film. However, the film is not so much interesting as the original one. The film is a worthy sequel with all the requirements of a crime thriller but it would have been great if there is more focus on the other characters.