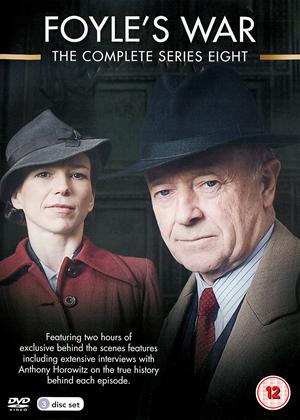 Synopsis:
Michael Kitchen returns to the screen as Detective Chief Superintendent Foyle, a man of scrupulous integrity who, having survived the First World War, solved crime in Hastings during the Second and now finds himself working with MI5 to keep the country safe, while bringing justice to those who deserve it.

Before I watched this, the last ever episode of Foyle's War, I could not really say I had

a favourite episode. I had seen every single one and in chronological order,

and they seemed all equally outstanding. For me, it is one of the best TV dramas ever.

And then we come to "Elise" - the last -probably ever - episode and it is brilliant.

Every aspect, script, acting, period detail was outstanding. And the really clever

of intrigue and emotion.