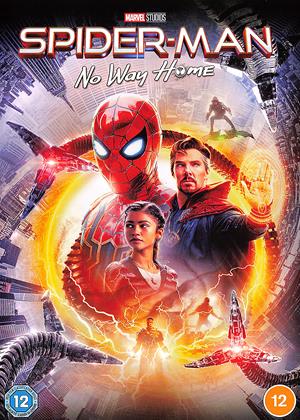 Reviews (2) of Spider-Man: No Way Home

For fanboys, children and TikTokkers only - Spider-Man: No Way Home review by Alphaville

A second star for the opening set-piece and the brief Mirrorworld set-piece, which are imaginative. The rest? Meh. Same-old, same-old. One-star pell-mell film-making for those with TikTok attention spans. See the cgi flash-bangs! Hear the thumping muzak! Marvel at the Silly Green Goblin on his flying hoverboard! LOL at the spideyboy banter. Wonder… whether it will ever end. Okay, so it’s by no means the worst Marvel movie, but that’s not saying much, is it?

Could have done without the relentless comedy - Spider-Man: No Way Home review by LC

I found the first half of this film pretty annoying, due to the relentless comedy routines. It's impossible for any scene to have any emotional weight, as not as single exchange of dialogue can go by without being undercut by 'hilarious' comedy zingers, and oh-so-whacky Marvel humour - all so obviously telegraphed that none of it is actually funny. Thankfully the relentless mugging settles down in the second half, and we actually get a reasonably involving narrative. As a fan of the original Sam Raimi trilogy it's great to see so many elements back, and the interaction between the various Spider-Men is nicely done. Unfortunately there are so many bad guys to cram in (5 of them in total), that whilst they each get some nice moments, it's tough to do any of them full justice, with even Willem Dafoe's Green Goblin feeling slightly short-changed by the end. Ultimately, it's a nice love-letter to the past, and fun to revisit these characters, but I'm not sure I'll ever want to watch it again.

No Way Home is without question the best of Tom Holland’s run of Spider-Man. It finally does away with the extra bells and whistles of trying to place the character in the Marvel Cinematic Universe. The previous two pictures felt as though the plucky teenager of Peter Parker (Holland) was always in the shadow of Tony “Iron Man” Stark, relying on his tech to continue the good fight, even after Tony’s demise in Endgame. This picture, however, strips him of most of his fancy tech and brings out the character’s best traits for what makes Spider-Man such a relatable and admirable superhero.

It helps that the last film ended on quite the cliffhanger. Parker has been exposed as Spider-Man by the previous villain Mysterio, who also frames Spider-Man for his murder. This turns the table on Peter as he is stripped of his access to Stark Industries technologies and now finds himself being hounded by the public, either for being a hero of the Infinity War or the murderer behind Mysterio’s death. Worst of all, his association with his girlfriend MJ (Zendaya) and his best friend Ned (Jacob Batalon) has harmed their chances at college. Peter doesn’t want any of this for his friends or family and aims to make things right again.

To fix this problem, he seeks the magical assistance of Doctor Strange (Benedict Cumberbatch), the resident sorcerer of New York City. With only minor reluctance, Strange offers to conjure up a spell that will erase Spider-Man’s true identity from the public. However, when realizing this means that all of Peter’s friends and family will forget him, he reconsiders and ends up damaging the spell with his hesitance. That hesitancy causes a crack in the multiverse, allowing villains from another universe (and other Spider-Man movies) to descend on the scene.

Essentially, No Way Home is a Spider-Man reunion movie of sorts. It digs up all the old actors behind such villains as Doctor Octavius (Doctor Octopus), Doctor Connors (Lizard), Max Dillon (Electro), and Norman Osborn (Green Goblin). It’s a lot of fun to see all these actors together again, especially for the fantastic performances of Alfred Molina and Willem Dafoe, showcasing how they’ve still got that knack for cackling and complicated villains. I also found the narrative placed upon them most intriguing as Spider-Man attempts more to rehabilitate these villains rather than let them die to save the day. In a way, this is the most responsible of Spider-Man adaptations and zooms the character into growing up to become more mature than in previous iterations.

That being said, the previous iterations that pop into this picture still have the charm as well. But the weakest points of the film are by far the moments where it becomes self-aware of its own legacy and notoriety. There are at least half-a-dozen callbacks to previous movies with line repeats (“I’m a bit of a scientist myself.”), comical deja vu (Spider-Man complaining about his back), and meta gags (all the Spider-Men more or less talk about their movie careers and how they differ). Still, there’s an earnest nature to such writing that thankfully doesn’t linger too long and makes the adventures of Spider-Man more of a somber story about forgiveness and sacrifice rather than a trivia content of references.

Spider-Man: No Way Home has all the right ingredients to turn into a great Spider-Man movie. The action is exciting, the villains intriguing, and the greater story of Peter Parker feels built upon greatly, where all the character’s hallmarks come into play. Sony and Disney seem to be moving forward with more Spider-Man movies but if Holland’s run had to end here, it’s a perfect finale for the character.