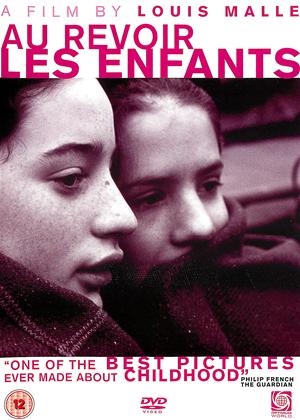 Synopsis:
With a career spanning over thirty years, Louis Malle was one of the giants of French cinema. After he burst onto the scene as one of the pioneers of the French New Wave with Lift To The Scaffold, Malle quickly achieved a reputation as a great director who was unafraid to embrace a wide array of subjects - many famously controversial. Working both in Hollywood and his native France, Malle imprinted his films with subtlety, intelligence and a sharp eye for the mores of human behaviour that set him apart from his contemporaries. This collection brings together classics from Malle's later career.
Au Revoir Les Enfants, earning Malle a BAFTA for Best Director, and Lucien Lacombe are two very different tales about troubled youth set during the Second World War. Milou en Mai is a chamber comedy set against the backdrop of the 1968 Parisian uprisings and Le Souffle Au Coeur a taboo-breaking coming-of-age satire. Together with the dreamlike Black Moon, these films are proof that age did not dim Malle's humanism or commitment to experimentation.
Actors:
Gaspard Manesse, Raphael Fejtö, Francine Racette, Stanislas Carré de Malberg, Philippe Morier-Genoud, François Berléand, François Négret, Peter Fitz, Pascal Rivet, Benoît Henriet, Richard Leboeuf, Xavier Legrand, Arnaud Henriet, Jean-Sébastien Chauvin, Luc Etienne, Daniel Edinger, Marcel Bellot, Ami Flammer, Irène Jacob, Jean-Paul Dubarry
Directors:
Louis Malle
Producers:
Louis Malle
Writers:
Louis Malle
Aka:
Au Revoir Les Enfants
Studio:
Optimum
Genres:
Classics, Drama
Countries:
France, Classics, Drama
Awards:

Louise Malle has provided controversy and debate for decades (Pretty Baby anyone?)and I hesitated when deciding whether to watch this semi-autobiographical tale. A narrative involving children , Nazis , catholicism and truth would surely be gruelling experience.

It is credit to Malle and his deft handling of the characters that mean this is surely his finest work. The film is set in a French boarding school run by priests and it is orientated around the boys' viewpoints and emotions. Our central character Gaspard (played by Julien Quentin in a heartbreaking performance) is an intelligent student who clearly misses his homelife. It is nearing the end of WW2 and we see Gaspard struggle to come to terms with the idea of war and anti-semitism. The themes of innocence and youth are subtly conveyed by Malle and we get a real sense of authorial viewpoint. The boy is Malle.

Gaspard's life and the life of many of the boys is changed with the arrival of Jean Bonnet (Raphael Fejto) - a similarly intelligent student who captivates Gaspard. The new arrival is clearly not all that he appears. The two boys share a secret which could end tragically.

"Au revoir.." could be sentimental and cloying in lesser hands but Malle's truthfulness lends it a lighter touch. This is a warm, memorable experience in which the sense of foreboding is finely balanced with the joy of childhood. This isn't "The Sound of Music" though many of the themes resonate. I shall be seeking out the rest of the Louis Malle collection as I have witnessed a master at the top of his game.

Unlike a previous reviewer, I felt that the performance of the two boys in the major roles was outstanding. The development of the relationship between them, from enemies to friends who share a dangerous secret, is very well handled. The film confronts but does not necessarily judge the reality of French collaboration with the Nazis.

The overall feel of the film is good. The stresses of the war, the difficult marriages, the very boisterous monastic school and the polarised views towards the Jews in France. The acting however, even from the adults, is unconvincing and uninteresting. The strength of this film is not, as advertised, with the perspective of childhood but of Semitism in France, for which I would recommend it.

It is a great film, really well directed, there's some really fascinating characters in this especially the 2 boys Julien and Jean, and it is just all in all a brilliant story. There are some fantastic memorable images throughout the film, and it breaks your heart. Loved it!

A cinematic classic that starts slowly but which builds towards an intense final section that will haunt the viewer forever.

Malle returns to the subject of collaboration in France during WW2 (as explored in 'Lacombe Lucien') and once again we see the good and the bad in humanity, this time with an emphasis on the experiences of children.

The title is bitterly ironic: it encompasses both a farewell to the victims of Nazism, and a farewell to any shreds of childhood innocence in the witnesses to this tragedy.