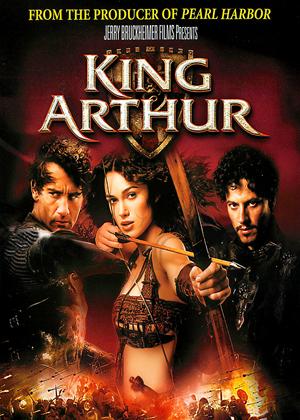 What a load of medieval codswallop.

If you like a completely fabricated plot that bears no relevance to the Arthurian legend (which to be honest is what this should have been) then this is your film.

It would also be your type of film if you enjoy it when the producers decide to spend all their coffers on swords, chainmail and other such props when the scriptwriters and role casters must have been living on bread and water for 6 months.

I laughed heartily at some dismal acting moments despite it being a sad attempt at being serious.

To be honest the battle scenes were watchable but the rest was really awful....I could go on but I won't.

Believe me - it's rubbish & I wish I hadn't wasted 3 hours of my life watching it.

i love this film, have watched it several times. admittedly not as good as troy overall, but i love the british actors and the scenery. give it a go

I have just read the earlier review.. yes this is not a classic movie and the acting could be a lot better. I would say that it is about on a par with Brad Pitt from Troy.

However at least they attempted something different and once you accept that you are not going to get the shiny armour and the fair maidens then it not a bad film about a critic time in the history of our bunch of islands. If you liked gladiator then this is watchable.