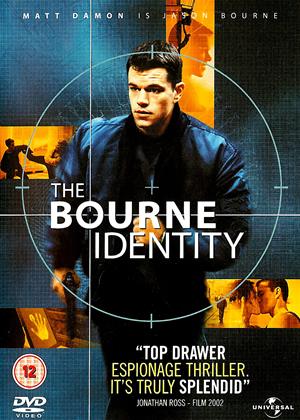 Reviews (3) of The Bourne Identity

Bourne for success? - The Bourne Identity review by CP Customer

Robert Ludlum is a master crafter of spy/espionage thrillers and indeed the premise of this movie seems promising at the start.

Matt Damon plays Jason Bourne, (or does he?) who is picked up floating in the ocean by a ship that somewhat conveniently is in the vicinity.

Our hero cannot remember who he is, why he'd been shot twice in the back, nevermind why he's floating in the sea like a sponge.

Still undaunted, Jason goes about finding out who he is and clues lead him to a railway station but the mystery only deepens as he discovers a gun, several passports bearing his face and over 20,000 US dollars in cash.

So who is he? What is he? A spy or something else? An assassin perhaps? And the other question is why is someone determined to kill him before he gets the answers?

Trailers may suggest it's a white knuckled rollercoaster ride, but it isn't. It has some nice action sequences and a very good car chase, but somehow it never seems to hit top gear or really balze towards the finish line after leaving the blocks. The sequel I've been told is better and I shall hold judgment on that until I've seen it. As for this one, not bad, not bad at all but I think an opportunity to really establish Matt Damon as an action hero was squandered. I've seen worse but I've seen better, James Bond he ain't!

What happened to the book's story line? - The Bourne Identity review by CP Customer

The big advantage is that you can read the book and see the film without having to decide which is better.

The bourne identity - The Bourne Identity review by CP Customer

Not what i expected it was better enjoyable film