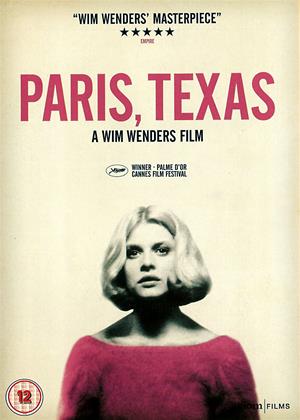 This is a unique film. The Director brilliantly combines a range of genres and a series of stories. Genres include road, romance, mystery and family, whilst the stories include a missing brother, restoring a father and finding a missing mother. The range of scenery, cinematography, story and acting are all of the highest standard. Sound is sensitively handled, and the music is mainly a bluesy steel guitar accompaniment, which is highly appropriate.

The mystery of why a man disappeared into the desert for 4 years is slowly uncovered as the film progresses, and some of the flashbacks and scenes between Travis and his son and wife are particularly moving. Without revealing the ending, although a lot of good things happen, it isn't all happy or simple.

I'm not of an artistic frame of mind or a film buff ,and can't review the film as a work of art. I can say however that I thorougly enjoyed this film and from the reviews and award nominations for this film it must rank highly among film buffs.

Right from the beautiful opening shots ,with Ry Cooders haunting slide guitar as background ,it grips your attention as you wonder why a man lost in the desolation is walking purposefully and compulsively towards more desolation. Eventually he touches the fringes of civilisation and his mental and identity problems start to be slowly resolved . The story then unfolds as to who he is, and why he has vanished from the world of all who knew him, and from all the relationships he once had. Slowly with the patient and loving help of his brother's family he recovers mentally and begins to build a relationship with his young son and then eventually to repair partly the tragedy of his relationship with his former wife.

Their story tells of the corrosive nature of possessive jealously and Travis,the lost man finds some sort of redemption in unselfishly reuniting his wife and son. Terrestrial TV shows so many rubbish films but rarely films of this moving quality. I watched it once on TV years ago ,never forgot it, and was very grateful to find it again on my dvd rental service. Wondeful.

Harry Dean Staunton wanders in the desert in a catatonic state, a truly broken man in body and spirit. This is the opening to this brilliant film by Wenders, accompanied by the haunting, superb soundtrack by Ry Cooder. Throughout the film we learn of his heartache as he begins to slowly return to sanity. Travis knows what he must do to try to mend the wrongs the best he can. Stanton is outstanding in this role.

Kinski is every bit as phenomenal as Jane the estranged ex wife. The scenes through the one way looking glass are so powerful and heart wrenchingly painful, they really are exceptional. I've seen this film several times and it never fails to move me. Very, very good.

It's a slow burner, in my impatience I almost gave up on it, but I'm so glad I didn't. Great film and a worthy prize winner.