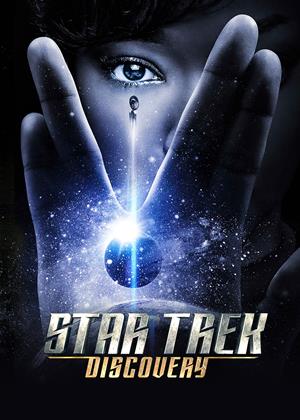 Star Trek: Discovery had a lot on its shoulders for being the first Star Trek series since the fledgling Enterprise descended in the ratings and quality. With the brand having shoved more towards action thanks to the film trilogy, placing the Starship Enterprise more situations of action than scientific intrigue, Discovery wouldn’t quite be the simpler Star Trek the fans would remember. What we got was a show that is somewhat struggling to find its legs but more or less has a clear path in mind.

The show takes place somewhere between the events of Enterprise and the movie trilogy; too old to be the first voyage, too young to be the Enterprise D. The US Discovery is now the starship with an eclectic cast of Starfleet Officers. Interestingly enough, the show’s central character isn’t the captain but a science officer. Michael Burnham (Sonequa Martin-Green) is a science specialist that is human but raised by Vulcans. The Captain is Gabriel Lorca (Jason Isaacs), a more military-minded captain who Isaacs at one point called the most f**ked up of previous captains. This favoring more of the officers creates a much different dynamic and interesting element within the show, more personal than grander with higher-ups making tough calls for those in the trenches.

Captain Lorca may be just what the ship needs as they enter into a war with the Klingons. In classic Trek fashion, it’s a war of contemporary issues, addressing subjects of racism, genocide, and politics. This is a far cry from the more innocuous Star Trek of the past under the leadership of Rick Berman who cared not to delve into controversial matters. His vision of Star Trek kept things far too safe, including but not limited to the downplay of homosexuality at every turn it may have been present. Showrunners Bryan Fuller and Alex Kurtzman have taken the opposite approach, conceiving of a Star Trek more blunt and exciting, not afraid to rock the screen, be it literally with the combat of morally with firmer fables of the era. Oh, and gay characters. Lots of them. It was a notion that Gene Roddenberry had put on the backburner for decades and now has finally come to pass.

Of course, this mere favoring of the progressive doesn’t make Discovery automatically good and it does have a lot of kinks. What doesn’t bode well is that the format of the show now favors a serialized story over the course of the season. The problem with this structure is that it tends to mean the clunkier stories of Star Trek now proceed for far longer, lingering so long that the flaws become more apparent, especially with a MacGuffin that doesn’t pay off too well in its mysterious reveal. The characters also need a bit more definement as they’re more intriguing for their assembly than most of their involvement within the Klingon war, which is complicated and a bit confounding, as per the Trek fashion of loose sci-fi logic.

Discovery hasn’t quite discovered the best path but has certainly put the best foot forward. The cast works well, the shaking up of the structure is welcoming and the thematic elements are stronger than they’ve been in decades. In the same way that Roddenberry had an optimistic view of the future, that perspective is a little easier to accept with Discovery pushing the franchise forward in a bold new direction.