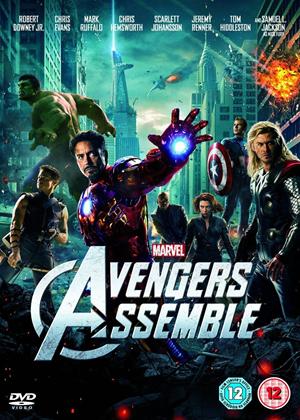 The acting is all a bit too wooden and I was hoping all the superheroes would get killed as they were all rather irritating.

Some parts of the plot were absurd as well (I know its not reality but you have to have some sort of continuity with reason) which was irksome as well.

Takes itself far too seriously - Avengers Assemble review by RP

The world is defended by an assemblage of Marvel Comics' superheroes (Ironman, Incredible Hulk, Captain America, Thor + Black Widow and Hawkeye) against the baddie Loki and a horde of invading alien Chitauri. Hmmm....

Sorry, that's just too many wooden-acting superheroes for me, a villain (the Loki character, played by Tom Hiddleston) who just isn't bad enough, and far, far too much CGI special effects. But I did quite like the Chitauri.

There's plenty of crash-bang-wallop, lots of preposterous hand-to-hand fights and if you're about 14 years old you'll like it a lot. But frankly, I felt that the film insulted my intelligence - it's just didn't have the depth (?) of the Batman films, the humanity of Superman nor the novelty of Spiderman. Nope - these are comic book characters with big muscles, small brains, and small minded dialogue. It's just too silly for words.

I know it's popular, I know lots of people like it, it's taken a shed load of box office money, I know that it's got an IMDB score of 8.4 (Dec 2012) but I found it poor. The worst fault is that it takes itself too seriously - a bit of tongue-in-cheek humour would have improved things a little, but at over 2¼ hours it was too long and boring for me. Or maybe I just prefer characters from Marvel's rival, DC Comics?

I'll give it 2/5 stars - I've seen worse, and the Chitauri effects were quite good - but I'd rather watch Steed and Mrs Peel any day :)

Through the years Marvel has cranked out stand-alone movies that have characters that soon will be assembled. From the first two ‘Iron Man’ movies, ‘The Incredible Hulk’, ‘Thor’, and ‘Captain America’, seeds of excitement have been planted for superhero fans to experience in increments. There are after-credit added scenes that lead to clues on how the omnibus movie will be about. Everything leading up to this: Marvel’s ‘Avengers Assemble’, a definite blockbuster that puts the ‘X-Men’ to shame. Hooray for Stan Lee!

‘Avengers Assemble’ is written and directed by Joss Whedon (creator of ‘Buffy the Vampire Slayer’), the perfect guy to handle a team of superheroes that in an ordinary setting wouldn’t hang out with each other. When it comes to group dynamics and giving each of its members a purpose, Whedon’s an expert. But see, the world is about to be invaded by aliens and thanks to the help of Loki (Tom Hiddleston), the Asgardian villain and brother to Thor (Chris Hemsworth), and the mighty tesseract (an energy source and portal), Earth needs defenders stat. Nick Fury with S.H.I.E.L.D. Agent Coulson have done their homework. They believe that superhumans Bruce Banner/The Hulk (Mark Ruffalo) and Steve Rogers/Captain America (Chris Evans), genius Tony Stark/Iron Man (Robert Downey Jr.), former assassins Hawkeye (Jeremy Renner) and Black Widow (Scarlett Johansson), and god of thunder Thor could do the job. The problem is: Will they do it?

The newly assembled Avengers aren’t too keen on working together. But they have to; other Marvel superheroes have their own movie franchises to star in so they can’t save the world right now. What seems like ‘Iron Man 3’ because of Robert Downey Jr.’s prominence, ‘The Avengers’ proves it’s not. At all.

There’s a lot of action and witty dialogue to be had in Marvel’s ‘Avengers Assemble’, another specialty of Whedon. There’s not a speck of the hyper-superhero seriousness of ‘The Dark Knight’ by Chris Nolan here. That’s not what ‘Avengers Assemble’ is about. In the end, a good time will be had by everyone. It’s the ultimate pop group of superheroes of the kickass kind.