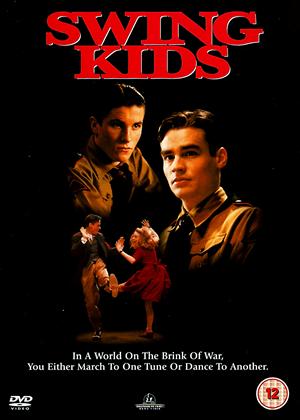 Loved this film. Yes, it's a bit too long and too many Swing dance scenes - though some will like that. Personally.,I'd cut some out to make the film shorter, but...

But the whole story is one I knew - the Swing Boys who grew hair long and listened to Swing in late 30s, against the wishes of the Nazis. Some were hanged, I know.

The detail is authentic. Some may dislike the American accents and the background music is often too imposing. Whether it is too simplistic re the Nazification of kids in 1930s Germany, I do not know - but the betrayals and changing loyalties are shown well.

Early performances by Martin Clunes, Sean Pertwee and of course Welsh actor Christian Bale aged 18 or so, maybe his first adult role after he starred in Empire of the Sun (1988) aged 13.

A movie from 1993 I have somehow missed. Well worth a watch, maybe with the TV documentary RISE OF THE NAZIS.

This is basically a movie about teenagers before the word was invented (in 1948, US ad agency) though 'teen-age' was a word from early 20th C at least.