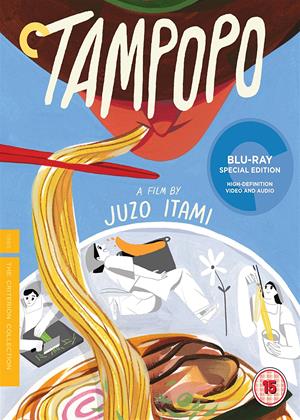 In my top 5 films - Tampopo review by Phil

I love this film. It's 32 years old, but unlike many films >10 years old it doesn't look dated, and the humour still works perfectly. I can't pretend to understand everything I've seen, or recognise the reference to other genres or films, but there's enough to entertain, make me laugh, and keep me pondering to keep it right at the top of my best films list.

Tampopo is directed by a polarizing Japanese figure named Juzo Itami. Despite his filmmaking, Juzo is known for several other things, including a conflict with the Yakuza because he made fun of them in a film named ‘Minbo No Onna (1992)’; but more importantly, he is also known for his tragic end in real life, where he committed suicide at the age of 64 after being accused of adultery. Such is the life of the artist – and especially one like Juzo Itami – controversial, upbeat, polarizing, and most of all – unique. Oh, and he is also known for making Tampopo, which we’ll delve more into right now.

Some would argue that the success of Itami lies in his ability to satirize things with a light and a caring touch. His hand is mostly aimed towards satirizing genres such as spaghetti westerns, a concept which he later went on to marry with the Japanese obsession for food. This is especially true for the loving affair that the Japanese folk had with a certain dish called fast food noodle soup, which is known to dominate their food markets by the dozen. Juzo Itami takes these two concepts (spaghetti westerns and the noodle soup), puts them in a blender, and the results, well, speak for themselves.

Tampopo is a bizarre experience; bizarre in a way that it seems as if only Juzo could’ve pull it out. The film stars Nobuko Miyamoto as the titular Tampopo (meaning: Dandelion) and a not-so-successful owner of a Japanese noodle shop. Then comes Goro (played by Tsutmu Yamazaki), a sort of an urban Japanese hero who tackles challenges like an old-school cowboy with true grit. And so, Goro is determined to show Tampopo the noble ways in his own version of what “noble way” means. During which, director Juzo Itami makes fun of Japanese machos, fight scenes in movies, bureaucrats, heroic deaths, and lots of other weird stuff.

Tampopo features a very Itami-esque comedy that tethers on the line between the grotesque and the absurd. One particular scene really bulges out: a man in a white suit (played by Koji Yakusho) and his mistress (Fukumi Kuroda) engage in a semi-sexual exchange of egg yolks without feeling even a slight bit of embarrassment. Then comes the part when some sort of “yam sausages” are described from the insides of a wild boar. This isn’t meant to make anyone salivate to such a thought, but it’s more of a director’s trademark with which Itami ‘watermarks’ his films.

Is this the sort of comedy you’re fond of? If the answer is yes, then Juzo Itami’s Tampopo would be right up your alley. In not, then consider watching the film to follow its bizarre clues as the events within unravel. Either way, Tampopo won’t leave you indifferent and that I can guarantee.