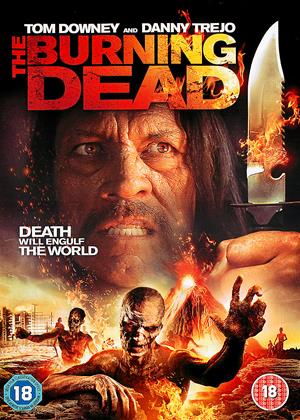 Sign up
The Dead the Damned and the Darkness

Reviews (1) of The Burning Dead

This is a very choppily made, low-budget project that features heat-infused zombies and hatchet-faced cult actor Danny Treyo. Scenes fade away before they seem to have finished, characters come and go before we know them. And yet, there are some appealing performances from Nicole Carmela as Nicole Roberts and Thomas Downy as the Sherriff. Roberts’ boyfriend Ryan is played very self-consciously by Kevin Norman. Treyo makes little more than a cameo appearance, which is a shame. Playing the boobs that passes as titillation is Jenny Lin.

The volcano that erupts, giving birth to the ‘heat zombies’, contains the best of the varied (often CGI) effects, with the idea behind the zombies themselves proving to be effective. Probably as a concession to low finances is the sunny mid-day setting. How much more powerful these scenes would have been had they taken place at night.

Sadly though, this never really rises above the daytime soap style of execution, despite the occasional close-ups of gristle eating. We don’t really get to know most of the characters, and despite the standard pounding of the by-numbers music, things remain pretty dull.