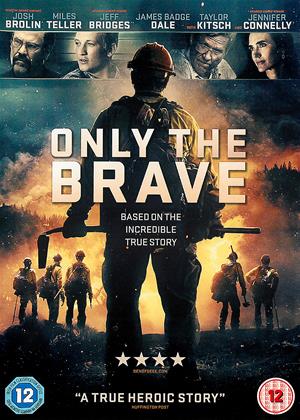 Reviews (6) of Only the Brave

A movie about heroes, men who daily put their lives on the line to protect others from the monster that is forest fire. No, this is not another cliché tale populated by Hollywood types pretending to be brave. This is a true story. The narrative is simple but compelling, with a couple of engaging sub-plots. The dialogue is sharp, the acting emotionally satisfying. The director strikes a perfect balance between the character-driven scenes and the action sequences, the latter of which are brilliantly photographed. It is worth stressing again that this is a true story, and if you aren't familiar with it, don't look it up before you see the movie: the ending will then have its full heart-wrenching impact, and will stay with you for a long time.

Memorable firefighting movie - Only the Brave review by Alphaville

A peculiar good/bad mixture of a film based on true events little known in the UK, and the less you know about them the better. We spend the first half of the film in cliché land getting to know the all-men crew who fight fires in the Arizona desert. It’s all bog-standard male bonding with lots of family drama and line dancing and ‘love you bro’ schamalz. And do they really have to feminize a fire and call it ‘bitch’?

The firefighting techniques and jargon are nevertheless fascinating, the scenery is gorgeous and plot is obviously building to a huge climax. Joseph Kosinski directs with a real sense of place and community and when the climactic fire fight arrives it packs a visceral punch. In fact its emotional power leaves such an indelible impression that it makes you re-evaluate everything you’ve been watching. A film of mixed merits but a wow of an ending.

The DVD also contains a number of interesting extras, including a moving film commentary by Kosinski and star Josh Brolin that adds to the film’s impact.

Good watch - Only the Brave review by cg

Characters are believable, learnt a bit about wild fires and how dangerous they can be. Being based on a true story makes it more poignant too

Really good film - Only the Brave review by TH

I wouldn't say the best film I've seen but really powerful message and tribute these guys. It shows the dedication and friendship that develops between people working close together. The ending really does hit hard.

Sad but true - Only the Brave review by JD

Very good movie, based on a true story.

All the characters were well acted and the fire scenes were frightening.

They were all very brave.

Life Sucks - Only the Brave review by KW

Thought provoking film showing the rigours the fire fighters in parts of the US have to go through two enable them to undertake their tasks with the threat that their lives could be risk!