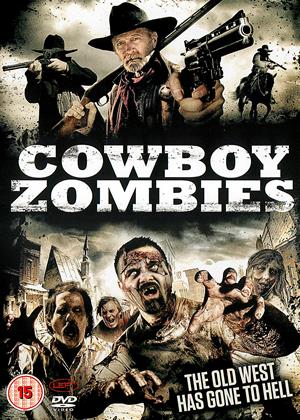 ‘Cowboy Zombies’ is, as you can imagine, a fairly light-hearted zombie story, set in wild Arizona in 1870. It’s a nuts and bolts ride, neither funny enough to work fully as a comedy or horrific enough to work as a horror. But that’s alright, because it’s good enough to keep an audience entertained for its 76 minutes.

The sun-drenched locations are the best thing, and the costumes are persuasive enough to convince of the period setting. The acting veers from good to not-so-good, but there are no woefully inadequate performances here. The make-up for the zombies is where things fall down though. ‘Restrained’ might be a good word.

Things occasionally lull, and only sometimes do they rise above adequate. Typical for a low-budget effort, the (otherwise effective) soundtrack can obfuscate some of the dialogue. But the idea of the walking dead shambling across the wild country dust-tracks of the West is an appealing one – if only they were a little more gruesome!