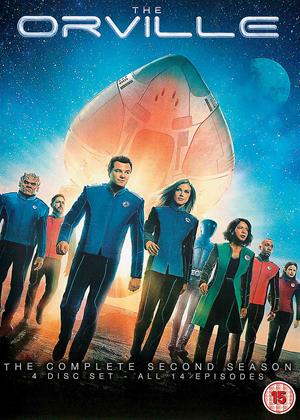 A real mixed bag of wasted potential - The Orville: Series 2 review by IT

There's a lot to like about this show - the characters, the design, the universe created around it, the special effects and the fact that it's generally a fun show.

Unfortunately the quality varies greatly from episode to episode. The opening episode concerns an alien crewmember who needs to return to his homeworld... to pee. That's a gag that's funny for about thirty seconds. Another focuses on a child misbehaving at school. Honestly, is this the best the scriptwriters could come up with? Then there are episodes that are thrilling and surprising, with some very novel ideas - such as a first contact situation that goes very badly.

For me, a lot of the so-called comedy doesn't work - it gets in the way of telling good stories. Orville would have been better as a straight sf drama, ditching the comedy and the dull relationships crises.

Not sure what this series is aiming for. The attempts at comedy don't work and it just seems to be a bad Star Trek impersonation without the good stories. Not recommended.