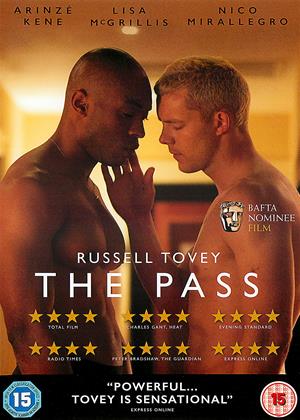 A little forced - The Pass review by TB

The reason I only rated this film a two instead of a three or four is because the subject was good but felt forced and overplayed at times.

There are clearly gay people in football but it’s still a taboo subject and nobody big in the game has actually openly come out in real life. In that respect the file is a welcome nod towards the difficulty in coming out for footballers but the over playing and somewhat exaggeration of the problems it may bring, may actually hinder anyone thinking of coming out in the game.

I think the film should have focused a bit more on the gentle side of discovering your sexuality and feelings instead of too much towards the negatives. The final scene was the best part of the film and did ring true to what it would probably be like and what has probably happened behind closed doors in the real world.

An opportunity missed in a way, as this film is good and original in its important and topical content but could have been a real hit and made a number of people sit up if it had have been delivered and constructed in a better way.