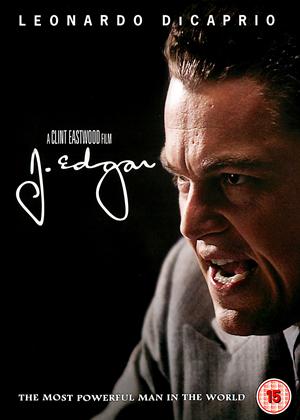 Hmmm.... Much as I like and admire the work of Clint Eastwood, and particularly his work as a director, I regret to say that I was disappointed by this film. It is told in snatches of flash-back and flash-forward in a somewhat confusing cut-up style, and while that is OK, it does not make for a flowing story. It tells the story of J. Edgar Hoover through his own eyes as he dictates his autobiography - and while we learn a good deal about the foibles and weaknesses of the man (allegedly: a 'mommy's boy', eager to take the credit but less than eager to lead his men, over obsessed with 'communists' and 'radicals', keeper of secret files, blackmailer of presidents, latent homosexual, cross dresser in his mother's clothes) we learn little about his achievements. The man must have had a great deal about him other than his weaknesses to have built the FBI into a renowned law enforcement agency, introduced modern forensic science and scene-of-crime procedures to investigation work etc - and while these are mentioned in passing, the film tends to de-emphasise the achievements. Clearly this is a drama and I didn't necessarily expect a detailed history, but somehow there didn't seem much substance to it. And a comment about the make-up as the lead characters aged: heavy prosthetic make-up is OK, but surely it's not necessary to make them look like Klingons? On a more positive note, Leonardo DiCaprio acts better here than in many other of his films. But I still can't give this more than 3/5 stars.

I really enjoyed this movie - which is way superior to the awful Million Dollar Baby and other Clint Eastwood B-Movies. One reason this is so good: it is based on a book and a script by an excellent screenwriter. The action takes place partly in the 20s/30s and partly in the late 60s. The time frames are intercut regularly and without warning - however, I watched this with an 86 year old who usually does not understand flashbacks and she understood all of these timescale changes and was not confused. Leonardo DC was never better - Judi Dench ditto - and the whole story and events left me transfixed. Of course it is very Americo-centric (no mention of WWII at all!) and also plays on J Edgar's odd personality, his sexuality and cross-dressing - but only the most sensitive of PC muppets could ever be offended. This is a good story well told and exposes the hypocrisy of US society in the 20th century, its rabid red-hating, it's union history, its inner corruption. An Excellent Movie. Five Stars.

The face of American law enforcement for fifty years J, Edgar Hoover was a man to be reckoned with, whether you feared, respected or admired him, however history has shown that behind closed doors Hoover had a wealth of his own secrets, the exposure of which could have ruined his reputation and career.

Now many will already know he gossip surrounding the former head of the FBI including that he liked to dress in women’s clothing, he lived alone with his mother until her death and that he shared a close and intimate friendship with the tall and handsome bachelor Clyde Tolson, couple this with the fact that screenwriter Dustin Lance Black also wrote the fantastic Milk you would expect J Edgar to be a movie about homosexuality.

It is in fact far more than that. This is a striking investigation into the sheer control and effort required to constantly uphold a public image. It depicts Hoover, played flawlessly by Leonardo DiCaprio, as a hard and difficult man, totally focused and determined, who was quite willing to let many of the more personal and emotional sides of his life simply become an afterthought, discarded and forgotten their unimportance shockingly apparent.

While it is difficult to truly appreciate the brilliance of DiCaprio’s performance through the guise of a rather unpleasant character, he is not the only genuinely astounding aspect of the movie: never before have I seen a film that so precisely and yet so effortlessly covers seventy years, with a seamless and straight forward grace, that makes you feel as though the time is genuinely passing you by.

There is very little of the gossip or tabloid in this movie, instead it takes a rather critical but honest look at J Edgar’s ability to permanently wear the mask of power and control, even in his private life, without being completely crushed beneath it. J Edgar is an interesting and intellectual movie that should have received far more acknowledgment in this year’s Oscars Nominations.