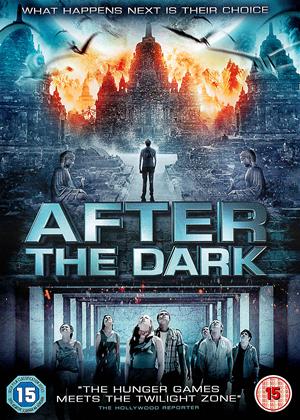 Synopsis:
When an atomic bomb see's the world decimate in to an apocalypse, a group of twenty-one must decide who, out of them, stays alive and who must die. The 'chosen ten' must be selected based on their skill set and value to perpetuate the human race. This is the dilemma a class of philosophy students face when their predatory professor challenges them in an end-of-society experiment. The philosophical exercise quickly becomes deadly as each of the group turn against each other in a desperate fight for survival that blurs the lines between theory and reality.
Actors:
James D'Arcy, Sophie Lowe, Daryl Sabara, Freddie Stroma, Rhys Wakefield, Bonnie Wright, Jacob Artist, George Blagden, Philippa Coulthard, Katie Findlay, Natasha Gott, Taser Hassan, Chanelle Bianca Ho, Darius Homayoun, Cinta Laura Kiehl, Melissa Le-Vu, Maia Mitchell, Erin Moriarty, Toby Sebastian, Abhi Sinha
Directors:
John Huddles
Producers:
John Huddles, Cybill Lui, George Zakk
Voiced By:
Endang Pratiwi
Writers:
John Huddles
Aka:
The Philosophers
Studio:
Signature Entertainment
Genres:
Sci-Fi & Fantasy, Thrillers

Reviews of After the Dark

It’s very rare to watch a film with a teen sensibility try to do something else with its time. Usually you are stuck with romance or comedy as kids run around trying to stop some meaninglessly embarrassing thing to happen. After the Dark toys with the idea that maybe, just maybe, teenagers aren’t quite as stupid as people assume and that they can perhaps think about something other than themselves for just a minute. While not a revolutionary thought in real life, in the movies, its pretty darn shocking.

After the Dark follows a group of teenagers learning at a school in Jakarta who are set one final assignment by their philosophy teacher on the eve of their graduation. The assignment is to decide which 10 of the 20 students that make up the class would be best suited to reboot civilisation and should therefore take cover in a fallout shelter when the end of the world comes about.

While the film's premise seems too short sighted and hypothetical to make the experience worthwhile there is plenty of worth here, be it the slightly heavy handed metaphors that slowly become richer as the movie proceeds as the stakes take somewhat heightened levels or the fact that a twist ending actually allows for some subtle character work by James D’Arcy that puts his equally fine acting in Cloud Atlas to shame. The film never quite feels as important as it assumes it is but it still leaves you pondering the right questions.

However the real star is the film's attention to the smallest details, be it the way humanity means nothing without something to tether us to the world we are trying to save or the way that human nature can be our own worst enemy. The film delves into the darker thoughts that most teenagers never have as they live in a sheltered bubble of sorts making for some new and interesting dynamics with some subtle work by actors like Sophie Lowe to sell the more out there plot moments.

Overall the film works because it tries something new, some of it might not work in the conventional sense but it does allow for moments of pure delight and undeniable pain. In the end it's clear to see that the people that deserve to live aren't necessarily the ones who have something to contribute but the ones strong enough to try,