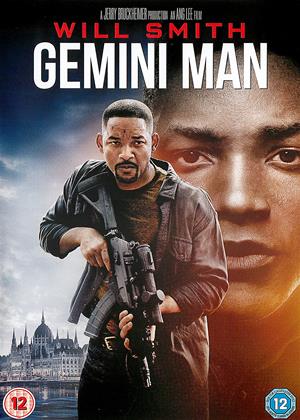 Must see on 4k Blu-ray - Gemini Man review by CP

Bit of a rubbish film but it's incredible to watch.

Remember a time when Will Smith seemed like the most eccentric and quick-witted of young actors from the 1990s? There was some hope with a concept like Gemini Man where Smith is cloned into a younger version of himself. But this is not the same Smith. No, this younger Smith, rendered entirely with computer graphics, has been stripped of all emotion to be the perfect soldier. And what a perfect encapsulation of this movie, where all traces of emotion and charisma have been silenced for a routine and mediocre thriller.

Here’s the problem with such a concept. The 51-year-old Smith plays Henry, the most expert assassin on the planet, hired by the American government to secretly take out targets. He’s invaluable considering his expert shots but he’s getting too old for this game. A secret government organization wants to not only clone him but create a clone devoid of emotions. But why? Even when Henry seems haunted by a life of killing, he seems to only express his anxiety and distress more in bland dialogue than humanizing actions. And so we not only have a snoozing Will Smith but the ULTIMATE in flat expressions killers. They fight against each other but the real battle is to see who can be the blandest action hero.

We get a lot of close up moments with the younger Will Smith, named Junior by his superiors, rendered entirely with computer graphics. In those close-ups, you can really take in the detail of the face and also how perfectly he messes with an older Smith. It looks good but just look at the shot of CGI Smith in the foreground. His face is flat, devoid of emotion and struggling to never emote passed the look of a muted killer. Why bother to put all that detail into something that will remain mostly as stone? Perhaps he is held still to avoid the character slipping back into the uncanny valley. This theory seems likely given his many action sequences are so over-the-top with computer graphics and lacking in his face time that you could place any character in those scenes. How believable can a CGI human being be when he’s using a motorcycle to perform impossible kung fu? The lines between live-action and animation certainly start to smear in a picture like this.

Everything else in the picture is an absolute snooze. Henry’s mission for the truth is your standard globe-trotting thriller; go to an exotic location, speak with an informant, a fight on the way out, repeat. There are some companions on Henry’s journey but they’re just as underused and dreary. Mary Elizabeth Winstead plays the younger, spirited agent but she adds to little more than being a hostage and eye candy. One of the creepiest aspects is that the film poses this woman in her thirties as the love interest of the 50s Smith. He admits she’s too young for him but perfect for the 25-year-old clone of himself. Follow this awkward conversation up with a scene of Junior forcing Winstead to strip to check for guns, lacking in any sexual tension, and you have one oddly uncomfortable and boring scene.

Benedict Wong is certainly meant to be the comic relief character as Henry’s pilot of an old partner. Sadly, he’s reduced to one-liners. Very basic one-liners at that. Clive Owen could be a stand-out as the evil leader of a secret organization making clones but he seems so preoccupied with trying to cover up his accent that little if any, emotion comes from his character’s idealism. That being said, his idealism is rather tiresome; dreams of cooking up the ultimate super-soldier, lamenting on family, solutions to war, blah blah blah.

Gemini Man is certainly an expensive premise to produce and has apparently been in the works for over 20 years. After two decades, it seems like we’ve reached the point where photo-realistic human beings can be rendered convincingly. Now we just need to find a real project to use them on instead of this generic action picture that’s been regurgitated so many times I can hardly blame the actors for sleepwalking through a film more about tech than character.