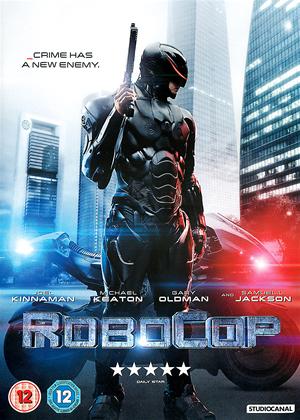 Hugely anticipated and hugely disappointing! This new version of the Robocop classic isn't a patch on the original. It contains some big names such as Gary Oldman and Michael Keaton, who give strong performances, as does Joel Kinnaman as Alex Murphy/Robocop. But then it is let down by a weak and very bland script and storyline, which thinks it is much cleverer than it is! Samuel L Jackson does a run as a very annoying, irritating TV host who really brings the whole film down. This film has neither the action, drama or whit of the original. I was expecting a strong Sci-Fi action movie with very futuristic tones, yet this film is in effect a budget movie set in the present day, with very little Sci-Fi about it at all. Simply a play on the original but in a very dull bland way. I struggled to watch this all the way through and had to split it into two parts as I found it rather boring to watch. I think I can also quite rightly say, along with everyone else who does not live in America, that I find the USA's self congratulatory and arrogant attitude rather tiresome, so feel that Samuel L Jacksons character sums it all up with the final line in the film, when he says, "America is now and always will be, the greatest country on the face of the Earth" (sic) !

walks in the shadow of the original - RoboCop review by DG

Having watched in the Cinema the original Paul Verhoven "ROBOBCOP" I knew that the follow up remake was going to have a hard time repeating its success. The original is built on black comedy, wit and satirical violence. It a very clever mix that delivers a very entertaining spectacle.

the modern day Robocop spends much of its time talking about what its going to do rather than getting on with it. As stated before. great performances from the leads with Joel Kinnaman a stand out as Robocop himself. The film feels like a very long trailer for Robocop 2 which I am sure is just around the corner. There is actually only one scene where Robocop actually kicks some ass and in a 2 hour movie this is far from perfect. I did find it watchable but had to put the timer on the screen to see how long was left and asking myself, when is something amazing going to happen. Asides from the ass kicking scene I mentioned. It just doesn't.

To summarise, in its own right its not too bad but as a updated version of the classic Robocop its seriously flawed.

not as good as original - RoboCop review by gazmb

This film was ok but it didn't keep me as interested as the first film. There wasn't a lot of actual Robocop in the film , considering the film is 2hrs long. I did enjoy the remake but there was something missing from it , the actors did a good job. We will have to see if things improve if there's a Robocop 2.

Not going to waste time describing this film. Basically if you enjoyed the first you will hate this!

Back in 1987 the original Robocop came out to garner cult fame and more than a few squeals due to the films overly graphic content and surreal story. The remake doesn’t so much emulate its predecessor as most of the films action content is bloodless and 12A approved but it does impress upon you that regardless of the blood this is a captivating story about mad science and the technological leaps we take without thinking about the ramifications.

The film follows Alex Murphy (Joel Kinnaman), a police officer who following an explosion is forced to become something less than human. To save what little life he has left they augment his body using a robotic shell and some advanced technology to make him a deadly killing machine to be used by the police to bring down the toughest drug dealers and killers on the streets. However the people behind his creation have other things in mind as well.

While the film deals with the viability of ideas like advanced robotics instead of using it like a punchline akin to the 87 version the film rarely sees advancement as a benefit despite the world the film is set in being wholly electronic. The film dips in and out of todays news for its plot and while the concept of drone warfare makes for a complicated issue today, its use within the film feels lazy as the threat it poses is seemingly invisible and forgettable.

That being said the film has a great grasp on the abilities of its central character, the action is original and fast paced and is unlike what you would expect as it embraces the ideas established in last years Dredd and builds upon them to make an enviable machine. The human elements of Alex however are not overlooked as his relationship with his wife (Abbie Cornish) is at the forefront of the story. Kinnaman makes Alex’s emotional struggle captivating in a way Peter Weller didn’t manage in Paul Verhoeven's original gorefest.

While the premise of Robocop doesn’t scream the kind of emotionally rich tales that other films might offer but it is still a hell of a romp through action tropes and subtle family drama, an oddly intoxicating mix.