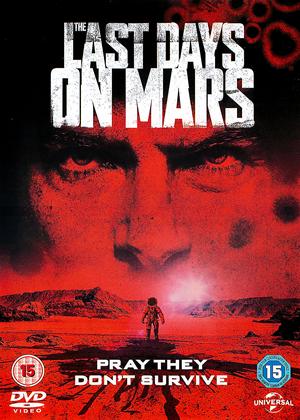 Synopsis:
On the last day of the first manned mission to Mars, a crew member of Tantalus Base believes he has made an astounding discovery - fossilised evidence of bacterial life. Unwilling to let the relief crew claim all the glory, he disobeys orders to pack up and goes out on an unauthorized expedition to collect further samples. But a routine excavation turns to disaster when the porous ground collapses, and he falls into a deep crevice and near certain death. His devastated colleagues attempt to recover his body. However, when another vanishes they start to suspect that the life-form they have discovered is not yet dead.
As the group begins to fall apart it seems their only hope is the imminent arrival of the relief ship Aurora.
Actors:
Liev Schreiber, Elias Koteas, Romola Garai, Olivia Williams, Johnny Harris, Goran Kostic, Tom Cullen, Yusra Warsama, Patrick Joseph Byrnes, Paul Warren
Directors:
Ruairi Robinson
Producers:
Andrea Cornwell, Michael Kuhn
Voiced By:
Lewis Macleod
Writers:
Sydney J. Bounds, Clive Dawson
Studio:
Universal Pictures
Genres:
British Films, Sci-Fi & Fantasy
Countries:
UK

Rent other films like The Last Days on Mars

Reviews (1) of The Last Days on Mars

not bad - The Last Days on Mars review by gazmb

I enjoyed this film when I watched it , but it was one of those films I enjoyed the once and wouldn't watch it again and certainly wouldn't buy it. Some of the acting and script was poor .

It doesn’t feel that long ago that I was writing a review for The Europa Project, a film similar in plot to The Last Days on Mars and was left expecting more from it. That wasn’t because it wasn’t clever, in fact its grasp of discovery being the ultimate bringer of destruction was quite sharp and it had an ending that kept you guessing but stayed true to its characters. The Last Days on Mars doesn’t seem to even have that as it pits a group of people against the dangers of Mars and never really seems to understand what its doing there.

The film follows a group of scientists investigating the surface of Mars in a research station on the planet. However one of their group has different ideas for their investigations and on their last day unleashes a darkness hidden beneath the surface of the planet that puts the group at risk as they scramble to survive this unknown force and escape back into space.

While the film does deal in the darkness and danger that comes with discovering something and seeking out the unknown it does so with a story that delves into a certain genre that I won’t spoil. The films guise of a picture about space is cornered into a generic action thriller...in space. Although it looks great and some of the set design really does make for some claustrophobic set pieces there is very little under the surface.

Featuring some thoroughly hammy performances by actors like Liev Schrieber, Romola Garai and Olivia Williams who find themselves stuck in one note characters weakly designed as if the film is working from the first and only draft. The most shocking part however is the fact that The Last Days on Mars brings to light some of the elegant parts of The Europa Report. Although there is action to be had here, there is nothing else. My point being, sometimes discovery can be a bad thing.