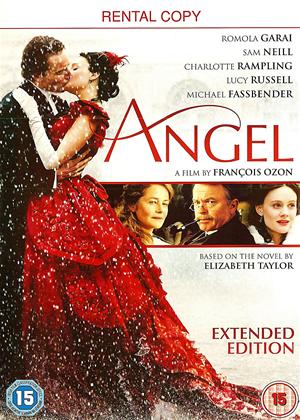 We like Francois Ozon's films, that is until now.

This film starts with good visuals but they are swamped by the gushing, over-sentimental, easy-listening orchestral music. You can tell something is overdone already in the film at this early stage.

Then to the action and dialogue, which is simple and not particularly interesting to start with, but the greatest difficulty we had was putting up with the incessant terrible display of very hammy over-acting by the lead actress Romola Garai. We've seen her in other films and she is a passable actress capable of much less irritating performances, but this character is so badly portrayed we really couldn't stand watching the film.

Then there was the trip with Sam Neil in the open carriage (the "spot the dodgy back-projection" moment) which really did add to the general discomfort and led to the successful operation of the eject button at about ten minutes into the film, along with a great sigh of relief.

The performances from Sam Neil and Charlotte Rampling were very good, and took on the quality of Oscar nominations next to that of the lead character, however as a whole film that was trying to set a story it was a dismal and painful failure.

And the gushing music still persisted.