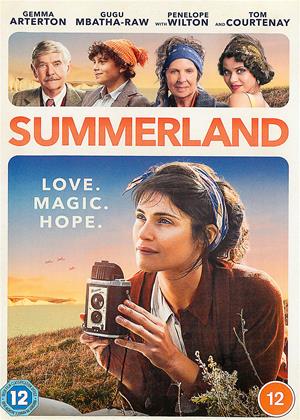 Despicable and disturbing in equal measure - Summerland review by DaMikki

Let me be very clear, first I have absolutely no issue with lesbian or gay relationships at all, they are just relationships pure and simple. Just as meaningful and just as acceptable as any heterosexual relationship. I take issue with anyone that would say otherwise. However, what I do have an issue with is the conduct of one of the women in the story. (Please be aware this will contain spoilers sorry).

The woman (A) starts a relationship with another woman (B) knowing full well back then (just before war time) there was no possibility of woman (B) ever being able to give her a child or even for them both to adopt whilst in a lesbian relationship (society was wrongly not ready for that back then). This relationship develops and grows stronger, as does any meaningful relationship, they go through lots of ups and downs together and woman (B) supports woman (A) through the death of her mother etc. They support each other and grow closer into a loving relationship, only for woman (A) to decide she is leaving woman (B) because she wants children.

Woman (A) hurt woman (B) so badly by doing this, that Woman (B) moves away and retreated into her writing and research, having no time for anyone or anything else. Not content with destroying Woman (B)'s life and breaking her heart with her selfish and unfair actions, Woman (A) then decides that during the London bombings, the safest place for her child would be with woman (B), who's heart she broke just 8 - 10 years ago. So she illegally manages to obtain woman (B)'s address from one of her publishers and volunteers woman (B) without her consent, to take in relocated children during the war.

There is nothing wrong in wanting children, however this would be like me marrying a woman I knew could never have children, only to break her heart and leave her years later because she can never give me a child. Then not content with that, I expect that same woman, who's heart I broke, to look after my child for me. This is completely and utterly heartless and so very very wrong.

The film try's so hard to gloss over this, as it shows the relationship developing between woman (A) and (B) only in flashbacks, rather than giving it its own segment of the film. The film tries very hard to shift the focus of the story onto the relationship between woman (B) and the child but I am sorry to say, but it fails to to hide how morally and ethically wrong and selfish woman (A) truly is. Then when woman (A)'s husband dies, woman (A) comes uninvited to woman (B)'s house to continue their relationship like nothing has happened, only this time with a child. This is palmed off as a happy ending between everyone years later, seriously !! :(

It really does disturb me that a film like this is rated 12, as it sends the wrong message to the viewer. This story (written and directed by the same person), is clearly a very poor attempt to disguise and make light of the cruel, thoughtless and just plain selfish behaviour, which sadly people are capable of, as a heart warming and family friendly tale, which this film is most certainly not !!

6 out of 16 members found this review helpful.

Just heavenly...watched it twice in a row to absorb all the lovely details of landscape, costume, setting on Sussex coast with sea, performances - the little girl from the new Secret Garden, Gemma Arterton finally getting a non sexist part and proving she has character. OK, read reviews below about relationships and plot, but still allow yourself a brief holiday from the drear daily disasters.

This is at best a wet Sunday afternoon watch with a cup of hot cocoa; at worst magic realist, anachronistic, politically correct sentimental tosh. The cinematography makes the best of the Kent/Sussex coast, but the plot does not bear scrutiny, and the characters are rather one dimensional.

Was expecting something historically accurate wrt types of people, social "norms" - regrettably this has been made with maximum current day PC treatment that it's a farce. Not at all entertaining.

Another waste of time. - Summerland review by BE

A contrived and really unrealistic and silly film. Given that everything was rationed during and after WW2 with only small quantities of even basic foods being sold, the bowl of sugar cubes spotted on the dining room table defied belief plus the talk of cooking chips.  Goodness knows how they would have fried potatoes without sufficient butter or oil, which were only sold in minute quantities at that time. One star given for the coastal location.

Yet another movie that is dull and then when the titles come up at the end you find the leading lady is the executive producer (has put up the money).

So many I've seen that were made last year have followed a similar scenario. How can you be critical about a piece of work when you are too close to it. Actors should not put the money up but I understand last year was unusual but poor films are being made.

This is a tedious film.

Fair lead by Gemma but too whimsical for me, good story line but can't put my finger on it.

Gemma has starred in many movies and have always been well entertained hence the reason I ordered it.

You need to make up your own mind.

When I read the synopsis on this I thought this would just be an average film. Every now and then a diamond appears in the rough and this is one of those films. An evacuee having to stay with a grumpy woman but there is much more to the story. There seem to be some reviewers who demand realism and don't accept this is a heart warming story to help us forget the troubles of the world. However, it is impossible to please everyone. It reminded me of the great story "Goodnight Mr Tom" with the late John Thaw. This is one of the best films I have seen in a while, and has restored my faith that there are still good films out there.

I really loved this film , the acting was amazing, the story emotional and very moving. I sat riveted from start to finish. i would willingly watch it again. Loved it!

This is a film with many poignant moments and is very enjoyable. If you look back after viewing you realise that there are many things that could not have happened but they only matter if you let them. Do try it - well worthwhile.