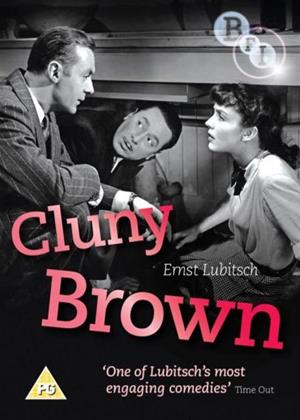 Not released
That Lady in Ermine

Not released
The Merry Widow

Not released
Love Me Tonight

Not released
The Shop Around the Corner

Not released
Lloyds of London

Not released
The Richest Girl in the World

Not released
The Prizefighter and the Lady

Not released
The Smiling Lieutenant

Not released
The Love Parade

Not released
That Uncertain Feeling

Not released
The Strawberry Blonde

Not released
Vogues of 1938

Sign up
By the Light of the Silvery Moon

Not released
The Emperor Waltz

Not released
The Man Who Walked Alone

Not released
Appointment for Love

Not released
When Ladies Meet

With the fighting over, Lubitsch went back from 1946 to 1938 for this class satire set in a very Hollywood England. Charles Boyer is a Czech dissident Adam Belinski, wanted by the Nazis, who finds himself at a country house where everyone, above and below stairs knows their place. Belinski is an unconventional, insouciant free spirit, which makes him incongruous in this sleepy pre-war world, and he forms a bond with Cluny Brown (Jennifer Jones), a vivacious lady's maid (and plumbers daughter) struggling to accept the straitjacket of tradition.

In 1946, the old world order was being questioned by men coming back from war and the women who helped run the home front. And the film implies that society and the feudal restrictions of class have to change. It damages and trivialises everyone, either side of the divide.

The supposed England of before the war is satirised and made to look absurd, whereas the interlopers are lively and iconoclastic. In fact, Cluny is frequently wielding a hammer. She can't keep her hands off the waste pipes. Boyer and Jones are marvellous, and there is the usual excellent support of expat Brits in character roles, most notably, Una O'Conner as a grotesque, permanently offended old lady who communicates entirely by coughing.

There's some very funny dialogue too, usually of characters unwittingly revealing the ridiculous limitations of their social positions. This was the last film Lubitsch completed. He died the following year at 55 but he ended with a classic film, which deserves to be much better known.