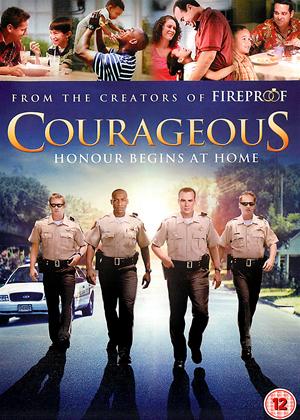 Synopsis:
As law enforcement officers, Adam Mitchell, Nathan Hayes and their partners willingly stand up to the worst the world can offer, yet at the end of the day, they face a challenge that none of them are truly prepared to tackle: fatherhood. While they consistently gi their best on the job, they quickly discover that their children are beginning to drift further away from them. When tragedy hits home, these men are left with a newfound urgency to renew their faith and reach out to their own children. Will they be able to find a way to serve and protect those who are most dear to them?
Actors:
Alex Kendrick, Ken Bevel, Kevin Downes, Ben Davies, Jessa Duggar, Robert Amaya, T.C. Stallings, Rusty Martin, Rusty Martin Sr., Lauren Etchells, Joy-Anna Duggar, Angelita Nelson, Renee Jewell, Karis Kendrick, Dan Howell, Ed Litton, Taylor Hutcherson, Donald Howze, Joshua Kendrick, Eleanor Brown
Directors:
Alex Kendrick
Producers:
Stephen Kendrick
Writers:
Alex Kendrick, Stephen Kendrick
Studio:
Sony
Genres:
Drama

Adam Mitchell (Alex Kendrick) is an Albany police officer and father of two young children, a boy and a girl. But he’s more focused on fulfilling his police duties instead of being a ‘good’ father. When his daughter suddenly dies, Adam promises to do better with his remaining child. And as he goes on being a police officer with three others from the force and a Hispanic carpenter, they not only roam the streets and protect the innocent, they also want them to have faith in the Lord.

This is the movie ‘Courageous’, a religious movie produced by Sherwood Pictures, a movie production company of the Sherwood Baptist Church.

Although ‘Courageous’ is about the power of Christian faith, it is also about fathers who want to be responsible not just for their family but others. And just because it’s a religious movie doesn’t mean it has no action sequences (the main cast are comprised of cops.) There are competent shots of foot chase sequences and guns firing, these should be in there as police officers don’t just drive and hang around in their patrol cars the entire day.

Brothers Alex and Stephen Kendrick (as co-writers; with Alex as star and director, and Stephen as producer) have a capable hand at filming male interactions, especially among policemen, and have an eye on inserting little unexpected action sequences. They falter at plot and dialogue, though. They can’t seem to get away from being preachy and even evangelizing its audience. Granted, it knows its audience – the members of Sherwood Baptist Church – but it wouldn’t hurt if the film makers went out of their way to include the rest of the movie-viewing public.

‘Courageous’ harps on the ideal of fathers being responsible but how to achieve this is quite confusing. To begin with, parenting styles differ from each other and if you base raising your children by believing in Jesus Christ, how about the rest who aren’t Christians? Are they not good enough fathers because their God is not Jesus? Hopefully, the movie’s audience will be more open-minded when clearly, the movie is not.