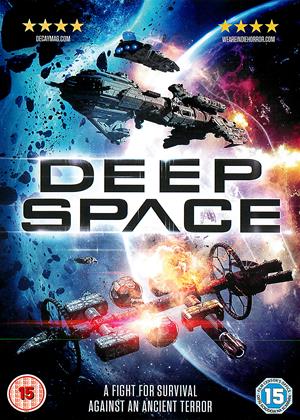 Deep Space is a brand-new science fiction film from director Ian Truitner built on a budget… of 1 million US dollars. This is important because in recent times, indie filmmakers were rarely touching a sci-fi screenplay – let alone making a whole movie out of it (hint: because it wasn’t profitable and sci-fi film spectacles are expensive to make – which is also debatable). So, seeing this director assemble a team of actors and filmmakers and try something new with so little cash, is rewarding in and of itself – if anything. On top of that, recent advantages in technology have enabled for even low-budget offerings such as Deep Space to produce high-quality CGI. Just because of that, Deep Space is well-worth a watch.

The film depicts events as happened in the mid-21st century. This near-future sees a genetically modified populace existing on the same planet as regular humans. In fact, these modified entities are smarter, stronger, more agile, and more capable than ordinary humans in all ways imaginable. Meanwhile, a space ship named Teleios, with five of these super humans onboard, is about to intercept a stranded vessel in space. No one knows why or what had prevented this vessel from doing its regular job, so the Teleios crew springs into action. And this is where things turn for the weird.

The crew’s orders are to take the cargo from the ‘bogey’ vessel and transport it to their own ship. However, a good screenplay warrants conflict, and so the crew encounters conflict aplenty. As soon as they board the other vessel, it becomes clear that things aren’t being as normal as they first thought. The crew of the other ship has all been killed but a single terrified crewmember and a robot. Neither of which are ready to explain what happened, and so our five heroes are left in the dark.

But, that’s not all. The so-called modified humans start to show weakness after another. Soon, they all start turning on each other, getting emotional, and showing a propensity for violence. Will this mission succeed, or will Teleios descend into madness?

Some of the best things about Deep Space is its CGI, score, costumes, and set design as well. All of these things – crucial for nailing a passing grade in my ‘competence’ department – are done as professionally as possible. The story is, well, confusing. Some things happen without explanation and this detracts from the whole experience as a whole. But besides that, Deep Space looks gorgeous for a film being done on such a tight budget, relatively speaking.

To conclude, watching Deep Space wouldn’t break any international laws, so you might as well go for it.