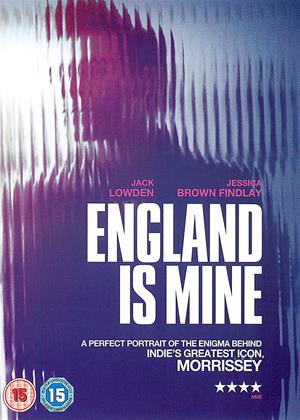 Reviews (2) of England Is Mine

Oh Manchester...so much to answer for - England Is Mine review by AC

I wasn't sure what to expect from this film, but was pleasantly surprised. The feel is authentic the settings accurate, and the cast are believable . Jack Lowden is excellent as the the painfully shy Morrissey, and the transition from wall flower to big mouth is well portrayed, leaving mthe viewer slightly disappointed the film finishes, just as pace is picking up for Morrissey.

Recommended for anyone who was around at the time.

Morrissey fans, don't be afraid !! - England Is Mine review by MB

Well done to the filmmakers for taking on what seems like the impossible task of portraying Morrissey. I've no idea how accurate this portrayal is, but it's certainly a enjoyable speculation of what for me, and other fans, is a mythic episode in rock/pop history.

There's no Smiths music, but that doesn't matter because The Smiths only form at the end of the film. Marr is well portrayed.

This is a 'mood piece' type film - lots of still shots and artistic Manchester rain. There's also a nice touch of earthy northern grit, so to speak, which, on reflection, I could be a tribute to Morrissey's fondness for the new wave British cinema of the 1960s.