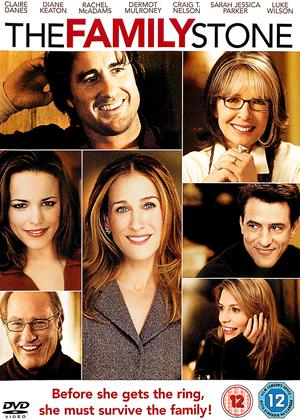 One of those US films where the extended family gathers for Christmas; lots of snow, they all help with the massive tree,lots of personality clashes that somehow all get solved in the end...theres the gay couple, the quirky slacker one, the uptight rich one. Perfect viewing at Christmas, but only if you suspend your disbelief and you are near the end of that first bottle of wine. The film (and the wine) will leave you with that Christmas glow.

Actually, I do it a disservice-it tries to cover all aspects of life,and does a reasonable job. Theres a subplot of one character with cancer, which is handled rather movingly(so its not all a bundle of laughs). If you liked 'Brothers and Sisters', the TV show, you'll like this....

should be called family stoned - Family Stone review by rm

should be called family stoned and should end with them actually being stoned, in the biblical sense, cos this is one vile arrogant rude pretentious spoilt bunch of scumbags.thank god I don't know people like this.